It’s no coincidence that releases from such esteemed drone exponents SunnO))) and Earth share a common musical connection. It comes in the form of Randall Dunn who has a gift for exploring musical avenues that few others would even conceive of. But his contribution to the respective albums Monoliths and Dimensions and The Bees Made Honey in the Lion’s Skull is undeniable.

Now Randall has decided to take a few steps forward. No longer satisfied to merely contribute his haunting threads to the music of others he is now making music under his own name, and the album Beloved is the first product of that.

Randall is an advocate of the Japanese concept of wabi-sabi or ‘flawed beauty,’ that sees shapes and sounds married together to form a sequence of musical pieces, not always of a comfortable composition. Indeed, this debut album was produced on the back of a turbulent year for Randall and that certainly resonates through some of the darker elements of this remarkable album.

Beloved is made up of seven sections, songs isn’t quite the right word when it comes to conveying Randall’s works. His musical weapons of choice are synthesisers but in particular the early digital and even analogue versions. Don’t though go expecting some kind of Depeche Mode, OMD, Memory Lane jaunt.

Randall’s work is infinitely darker, while tangible rhythms in which to reach out to are almost entirely absent. Most of the time Randall teeters on the brink, with a restless backdrop often with seemingly little or no direction. Anyone watching the ghoulish Mandy from behind the sofa would have felt something of the Randall fear factor after he engineered and produced Icelandic composer Jóhann Jóhannsson’s original score.

While the first two tracks veer between cosmic sounding probes and deep haunting drones, on the no less mystifying ‘Something About That Night’ Randall adds some patchy vocals, at times harmonious and in other moments less welcoming. On the following ‘Theoria/Aleph’ it’s almost a low slung monastic rumble, slowly swaying from side to side.

“I wanted to make something more like prose or a Gerhard Richter painting with sound,” Dunn says of Beloved. “Being someone that composes with sound, I wanted to find a voice in it that felt personal, that felt human, especially with electronics, something that didn’t feel too mechanical. And in being in a particular space with my life the last few years it was finally able to come forth.”

Randall’s decision to shuffle from the wings to something approaching centre-stage has been more than vindicated by this inspiring album. While sounding spiritually lost at its most disconcerting, on the wonderful ‘A True Home’ the soundscape suddenly lights up, contours take on more seasonal shapes and the ethereal vocals of the American singer Zola Jesus bring a near Cocteau Twins ambiance to the table.

Randall is a radical and while this album demands plenty of the listener it deserves to have its voice heard. 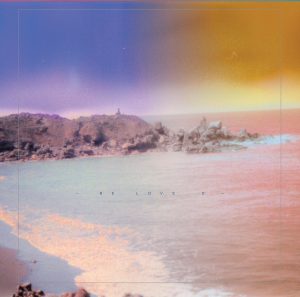 Released via Figureight on 9 November 2018