A last-minute entry for excellent Melodic Rock albums of 2017…

One of the new names on the melodic rock scene are Raintimes, the brainchild of Italian musicians Pierpaolo Monti (drums) and Davide Barbieri (keyboards/vocals). When Frontiers took an interest it become a truly international collaboration with the addition of Michael Shotton (Von Groove) on vocals being a great catch. There are also a number of experienced and well known guests on this one, as with many of the Frontiers releases: Alessandro Del Vecchio (Hardline), Philip Lindstrand (Cruzh, Blanc Faces), Daniel Flores and many more, all of which add to the texture of the songs. But no matter who you have involved in these band projects, it doesn’t work unless the songs have the ability to stand on their own merits, and with this album they most certainly do.

For some the overall sound may be a little too sweet, but it’s not, it suits the compositions perfectly. Tracks like ‘Make My Day’ thrive in this environment. There is something comforting about these songs, hard to put a finger on it, but it’s not all 100mph stuff. There is a warmth to this album and it feels good.

Of the 11 tracks on offer, we have a variety of polished, melodic/hard rock songs, guitar-laden, massive hooks mixed in with some slower ballads, but all are quality. Melodic rock fans are sure to really get into tracks like the powerful opener ‘Forever Gone’, or the punchy ‘Don’t Ever Give Up’ with guitars flashing all over it. And the ballad ‘Swan’ is stunning. Let’s hope that these guys manage to pull some time together to bring this album to a live audience. It would be awesome to hear some of these songs on a big stage.

In yet another year of fine releases the Raintimes album is another top addition. As melodic as it gets, oh-so-many hooks, smooth playing throughout, there are some fine tracks here and it’s very well balanced. The guys should be very proud of the hard work they have put into this one, it’s a shame the release has come so late in the year as December can often be a time where new releases get overlooked. Don’t let that happen to this one, you would be missing out on a real treat. 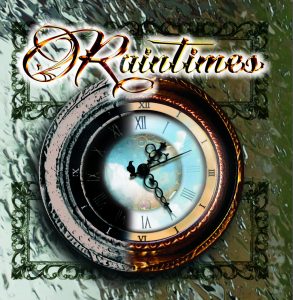