Corby sextet Raging Speedhorn are to hit the road across the UK this winter on a co-headlining tour with InMe!

Speaking about the tour (dates below), bassist Andy Gilmour has said: “We are super excited to get back on the road again. This time the journey will be shared with our old friends InMe. We can’t wait!”

Gilmour also hinted that the band are hard at work on new material: “Work is very much under way with the new album. With the amazing reception we had to “Hard to Kill” we wanted to take our time and get it just right. One thing for certain is… It will be loud!”

He also discussing the band’s involvement in the David Bowie compilation ‘Ziggy Stardust – 50 Years Later’ which came out on June 16 through Pale Wizard Records:

“Obviously, Bowie is a legend and when we were asked to do the tribute album, Suffragette city was a no brainer! We are stoked how it turned out.” 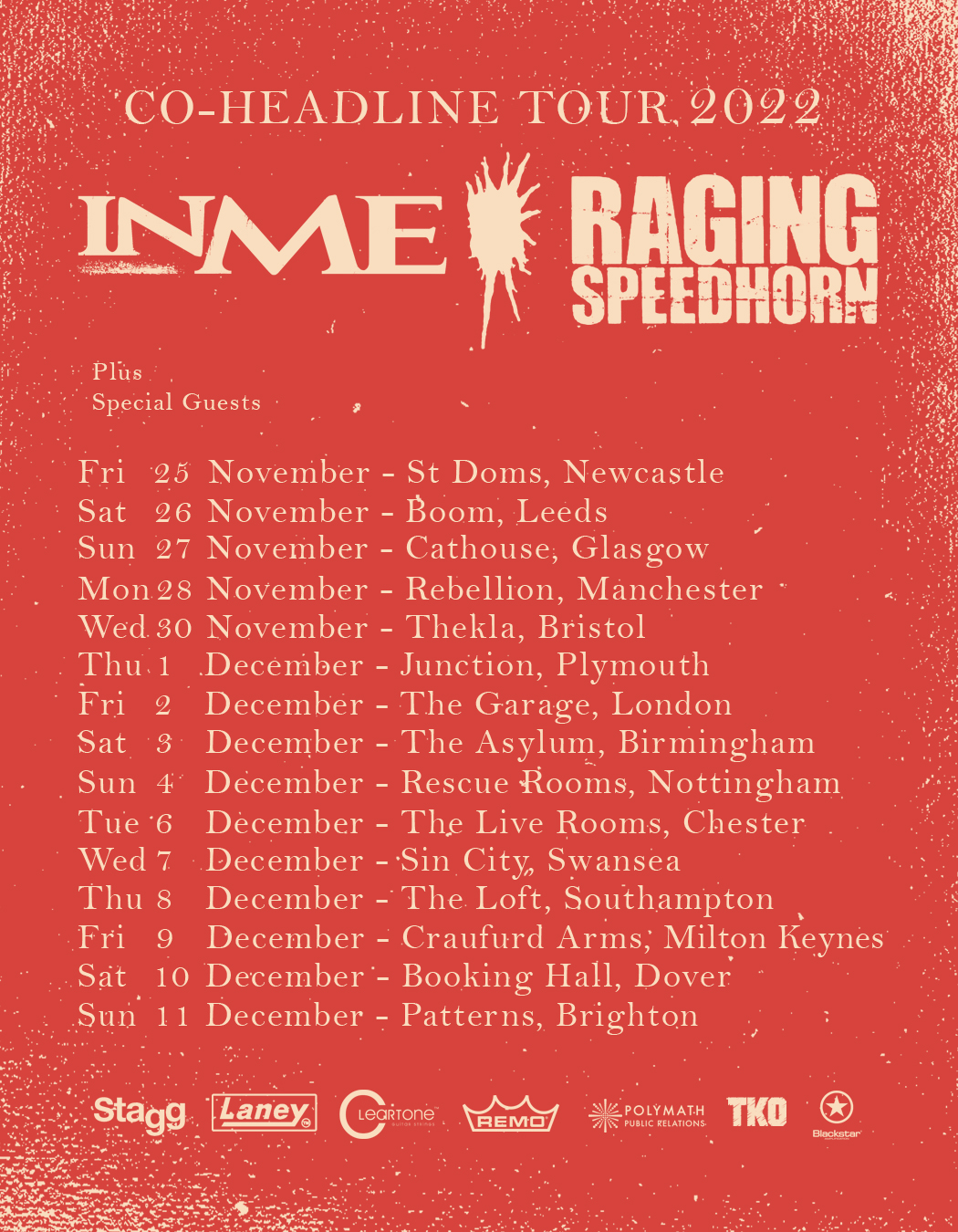 Over the course of 20 years Raging Speedhorn have built a solid and long-standing reputation as one of the UK’s leading metal outfits. Since the release of their eponymous debut in 2000, the sextet have enjoyed a career built on stunning, raucous live shows and albums to boot.

A career that has seen the sextet play worldwide shows and festivals and sharing stages with the likes of Slipknot, Clutch, Enter Shikari and many more. Their latest album, Hard To Kill was the band’s first album to enter the UK charts since their second album We Will All Be Dead Tomorrow, and was the first to feature new vocalist Dan Cook.

InMe have released six studio albums, two EPs, one “bootleg” album, one best-of compilation, one live album, one live EP and an acoustic album. A DVD of the band’s Overgrown Eden show at the Highbury Garage on 18 November 2010 was released via PledgeMusic as a part of the band’s campaign for their fifth album The Pride. The band has had eight singles appear on the UK Top 100 Singles Chart. Their latest album, Jumpstart Hope, was released via Killing Moon Records in January 2020.