The day we took the power back, and immediately gave it away…

Simon Cowell. A name that makes fans of real music the world over spit venom faster than Pavlov’s dogs can get to the kitchen. Despite what he and his ilk would have us think, we know that “pop” isn’t music. It does nothing except make money for the unadventurously conservative and creatively challenged and exploit the bleeting organ banks known by that ugly oxymoron “pop fans”. And so as you may well know, in 2009 when Cowell and co. were once again prepared to hijack Christmas and impose upon us yet another stream of endlessly repeated plays of their 3-or-so minutes of vacuous, instantly forgettable and unseasonal drivel, a campaign was set up by Jon and Tracy Morter to cockblock the cock himself with Rage Against the Machine’s timeless ‘Killing In The Name’. The campaign’s success saw those who cared about that kind of shit have a very merry Christmas with RATM donating all proceeds to the Shelter charity and playing a free concert in Finsbury Park in June 2010. Five years later and now the concert is available on DVD with all proceeds going to… oh, it doesn’t say.

RATM’s music is – sadly – timeless. Corruption in all corners of the globe it seems has and always will be with us. But unlike most, RATM never were prepared to lie down and let it go unchecked. Their albums are perhaps one of the most powerful diatribes against global corruption, injustice and inequality of the 90s. Indeed, RATM need make no more albums because they’ve already said it all. Even now, fifteen years after their last studio album, every track remains as pertinent as it was when it first filled the dancefloor of every rock club in the west. Here, the band is, of course, on top form. With such potent material under their belt, how could they be anything less?

Armed with his ‘Arm The Homeless’ guitar, Morello’s approach to the plank is as innovative as his pentatonic riffs are hard-hitting. In an interview in one of the many guitar mags I used to buy, he said he didn’t listen to Public Enemy albums, he played along with them. During the 90s, thanks to the abundance of glam metal guitarists wanking their planks endlessly, guitar solos died a death and Morello was unique, a true innovator. Drummer on Black Sabbath’s 13, Brad Wilk is tight and powerful, his performance here displaying why he was chosen for the honour. Tim Crommerford – subscriber to “unusual” conspiracy theories and the man that apologised for Limp Bizkit – is an extraordinary bassist. With fingers that pin down and deliver groove after groove, he provides the foundation that RATM would have been nothing without. Watch him. Like many bassists that sacrifice their ego in favour of the song, he’s underrated. And Zack de la Rocha – the only member of the band who seems to have disappeared from the public eye – is that rare beast: an intelligent and articulate frontman whose onstage performance is as sharp as his lyrical precision.

A well-selected set list including ‘Bombtrack’, ‘Know Your Enemy’, ‘Bullet In The Head’ and a cover of The Clash’s ‘White Riot’ has the audience headbanging, bouncing and singing in unison throughout the gig. The set closes, of course, with ‘Killing In The Name’ and audience and band are one, the rebellious refrain being belted out by the huge crowd an impressive spectacle. As for the bonus features, if a five-minute documentary of Finsbury Park being transformed from a sea of green tranquillity into a field brimming in irked music fans united in celebration of their victory is what you’re into, then you’re in for a treat. The important part of this behind-the-scenes clip is the interview with Shelter. It’s just a shame that they’re given such a short amount of time in this whole package, even then as a mere footnote. The interview with Jon and Tracy Morter giving an overview of the campaign from its humble beginnings to its Cowell-crushing close is interesting but simultaneously disconcerting, particularly when Jon confesses that they would never attempt such a campaign again since this could never be topped.

Like the 2005 Live 8 gig that featured a host of well-known bands and artists and a “reunited” Pink Floyd – also available on DVD, coincidentally – these types of gigs do more for the bands than they do to affect significant change. After Live 8, the main acts saw a significant spike in sales – Echoes: The Best of Pink Floyd was raised by a whopping 1343% and The Who’s Then and Now by 863% – thus transforming the concerts overnight into a grand PR event and divesting it of any real meaning or significance. Yes, awareness was raised – whatever that means – but what real changes did we see for those who the concerts were in aid of?

Five years later and Cowell and co. are still churning out the “hits” and making huge sales while real musicians still struggle to get any recognition – or sales for that matter. And so, while Morello flatters the crowd by calling them “the David to the X-Factor Goliath”, you can’t help but think that the campaign, its success and this concert are now little more than nostalgia, coincidentally available for you to purchase. Other than a record of another of those few moments when power was seized from the dominant forces by the hands that had been bitten for far too long, what is this? For a moment there, we took the power back. And immediately gave it away. 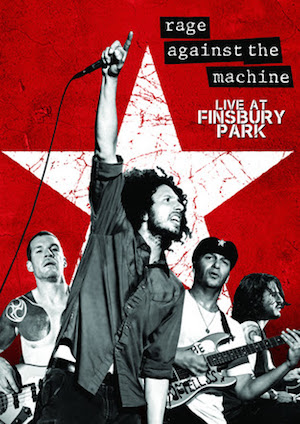