This legend shrouded fourth album from the multi-talented Tommy Denander is populated by true giants of the melodic rock genre. Where many artists regularly sought safety in big, polished, overcooked productions, the likes of Jeff Paris, Jimi Jamison, Jean Beauvoir and Dan Reed could be relied upon to take a more nuanced approach, dressing their lean, thrilling AOR moments in minor shades as well as blazing light.

It’s artists like Denander who have collapsed the boundaries between the US AOR of the eighties, and the European AOR of the here and now, so it’s interesting to hear these dinosaurs still writing songs purpose built for stadiums that have long since been pulled down, or for radio stations that just don’t exist any longer. As you might expect, all the artists involved have contributed to the writing, with song doctors, Jim (Survivor) Peterik and Rick (Houston) Delin being brought in to add finishing touches here and there. It’s all carefully and skillfully orchestrated by Denander.

Not all the artists here look into the rear view mirror with clarity and acuity, but neither do they attempt to sound contemporary. These songs are totally and unapologetically rooted in the past, circa 1985. The lyrics delineate romantic love, heartbreak and, often, spiritual redemption through love, heartbreak etc etc. Zero hour contracts and pound shop polemics just don’t fit.

Four of the tracks on Four are outrageously strong, ‘Summer Rain’, sung by the late Jimi Jamison, best captures the past, effortlessly creating a nostalgic celebration of the genre’s glory days. Bits of it will sound familiar but it stands up on its own. Jeff Paris contributes 3 songs, the best of which (by a considerable margin) is ‘Beautiful Lies’. It is Paris unfettered, a free flow AOR journey from anticipatory verse to a full blown, multi coloured hook. Again, Paris hasn’t made any concessions to sonic fashion. In his prime, Paris wrote tightly structured rock songs, a few of which were buffed up into imperishable rock anthems by other artists (Y&T, Vixen, Lita Ford, Mr.Big). This one measures up.

The best thing and the worst thing here is Dan Reed’s ‘Only My Memory’. It is an absolute joy to hear Reed on such good form. He makes the narrative sound like it was plucked from reality just moments ago. But anyone expecting a ramped up ‘Network moment going into the chorus will be sorely disappointed. Unfathomably, Denander blands out the hook, and all is lost. What started out uniquely Dan Reed ends up with no identity whatsoever. An opportunity missed. In a similar ‘tale of two halves’ scenario, Jean Beauvoir’s ‘Find The Fire’ struggles for equilibrium at times, but it is unquestionably Beauvoir, full of edgy romanticism, but free of emotional ballast. It’s cool, it’s elegant. Few can touch him. 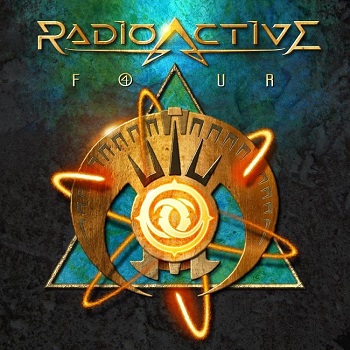