As your trusted financial advisor should always remind you past performance is no guarantee for future returns and this has certainly been true when analysing the stock of Queensrÿche over the years. From the momentous highs of the Operation Mindcrime and Empire era their rollercoaster ride has taken them to the bowels of hell with many of us thinking what the f*** was that on albums such as Q2K and Dedicated To Chaos. There were certainly times you felt like washing your hands of the band and feeling that their time was nigh. Yes they have been resilient over the years but the transitionary period really took a hold for them in a positive way when they acrimoniously split with vocalist Geoff Tate and inducted former Crimson Glory singer Todd La Torre into the band in 2012.

The two previous La Torre-fronted albums has found the band trying to reignite the classic sound of Queensrÿche and they were definitely a step in the right direction with some powerful melodic metal being delivered both on disc and stage. New release The Verdict finds them maintaining the heritage but with an added twist to drive them forward into some new territories. The musical direction is that of a heavier and darker album with more up-tempo and faster tracks than recent releases. With geo-political and social themes throughout the lyrics are certainly thought provoking with the likes of ‘Blood of the Levant’ painting the picture of the war in Syria with people rebelling against their own government. ‘Lies feeding lies, we are the rebels’ screams La Torre in a fashion that Rob Halford would be proud of with his shrilling vocals more than capable of rattling the filings in your mouth. Tracks like ‘Man the Machine’ and ‘Propaganda Fashion’ blast out of the speakers like a torrent as Michael Wilton and Parker Lundgren on guitars trade and dovetail heavyweight licks with some serious momentum.

This album is not just about the high octave vocals from La Torre but also his frenetic drumming. Stepping up to the plate to take over on the skins from founding member Scott Rockenfield, who is currently on a hiatus from the band on paternity leave, he has shown that 30 years of drumming make him the right man for the job. Hammering out the beats and rhythms with the sort of reverence required to deliver the subtleties and nuances of the Queensrÿche sound.

It is scarcely surprising that many who previously pledged their allegiance to the band will remain wary of any new product but tracks like the excellent ‘Light-years’ and ‘Inside Out’ should start to hook them back into the fold. Both being tasty progressive metallic type morsels delivering some crisp atmospheric moments accompanied by a rattling inexplicable assault on the senses.

The return of producer Zeuss alongside the across the board shared songwriting responsibilities shows a convergence of fresh sounding minds. Never more so than on ‘Dark Reverie’ the standout track on the album with its epic overtures, moodiness and emotionally sung vocals. You can almost hear the ghost of Geoff Tate at times with the singing style of La Torre being reminiscent of his predecessor. This certainly doesn’t detract from the atmosphere conjured up here as it is steeped in Queensrÿche DNA.

Ticking all the requisite metalcore boxes are numbers like ‘Inner Unrest’ and ‘Launder the Conscience’ with their multilayered scything guitar flourishes. Closing track ‘Portrait’ is a slow and eerie piece which would not have been out of place on the Empire album.

Yes The Verdict feels like the old sound we have all been waiting for. But be warned it is a slow burner which will need to be listened to a few times before it can be fully appreciated. The metamorphosis from days of old has been completed and this release will stand the proverbial test of time. 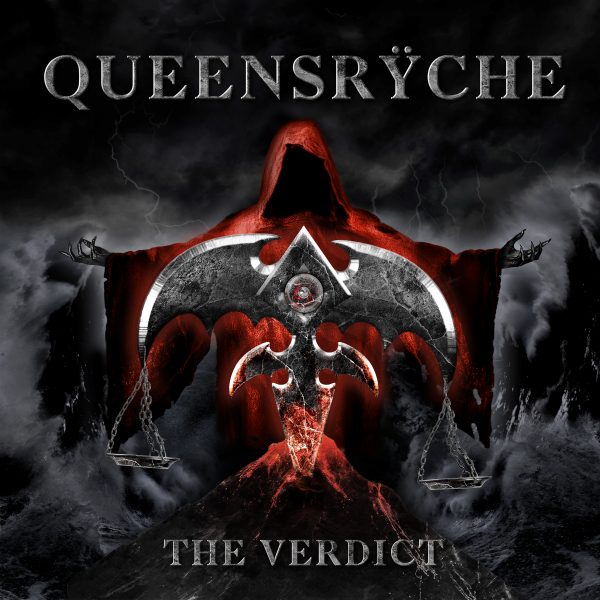