Released independently on CD in March this year, Iron Bonehead are bringing unto us earth-dwelling scum the vinyl version this Dutch one-man band’s first full length, Night of Consecration. Raw, haunting, forebodingly atmospheric and curiously catchy, it’s easy to hear why the label was so keen to make it available to a wider audience. Opening with dim piano shades echoing in a crumbling atmospheric, the chilling ‘Cursed In Moonlight’ is the stuff of horror movies that do actually fuck you up a little. What follows are nine tracks of mid-tempo-ish, lo-fi, raw and coarse black metal strewn with penetrating melodies and ruthlessly cold contours in a climate as consuming as the river of fire from which the band takes its name.

The determined drive of ‘Black Depths Beyond The Gate’ is gripping, its steady gallop providing its insistent melodies a firm foundation while mainman Maurice de Jong’s scathing vocals resonate in the tracks dimly reverberating sonic depths. With something distinctly epic about the track, as it continually evolves it continues to engulf. Bringing more hypnotic melodies atop an unrelenting drive, ‘An Ancient Spell’ again evolves as it progresses, its grip tightening as it grows from an ostensibly simple track into another enthralling piece. And so with ‘The Earth Blackened By Inferna’ and ‘The Red Robe Order’, though distinct in feel, following a similar developmental path, it’s easy to see where the rest of the album will be heading.

So after ‘Silence In The Grave’ sees the piano’s dim echoes return for the opening to side B of the record, from ‘Rising Of The Satanic Majesty’ through to the closing title track, there aren’t many surprises left. Thirty seconds into each track, you can pretty much guess where you’ll be by the end of them. ‘The Burning Throne’ drags the tempo down for its anger-ridden revulsion and provides an interesting enough change to proceedings. ‘Kingdoms Fall To Ruin’ has some good guitar harmonies and its half tempo mid-section goes someway to breaking up the track’s monotony. And the closing title track is impressive enough but its impact is overshadowed by the three fairly average tracks that preceded it.

De Jong – yes, he of innumerable band’s including Gnaw Their Tongues (their outstanding latest album is reviewed here) – is an astute musician, one who consumes, digests and dissects every aspect of whatever music he turns his hands to in order to understand it. One thing’s for sure, he’s no imitator, but unlike some of his other works, Night of Consecration lacks some of that innovation that can be found in various other works in his ever-expanding oeuvre (the now sadly defunct De Magia Veterum for one). Any artist with a seemingly unstoppable propensity for creating music such as de Jong must occasionally run aground and though this album isn’t his best, it’s still pretty impressive. 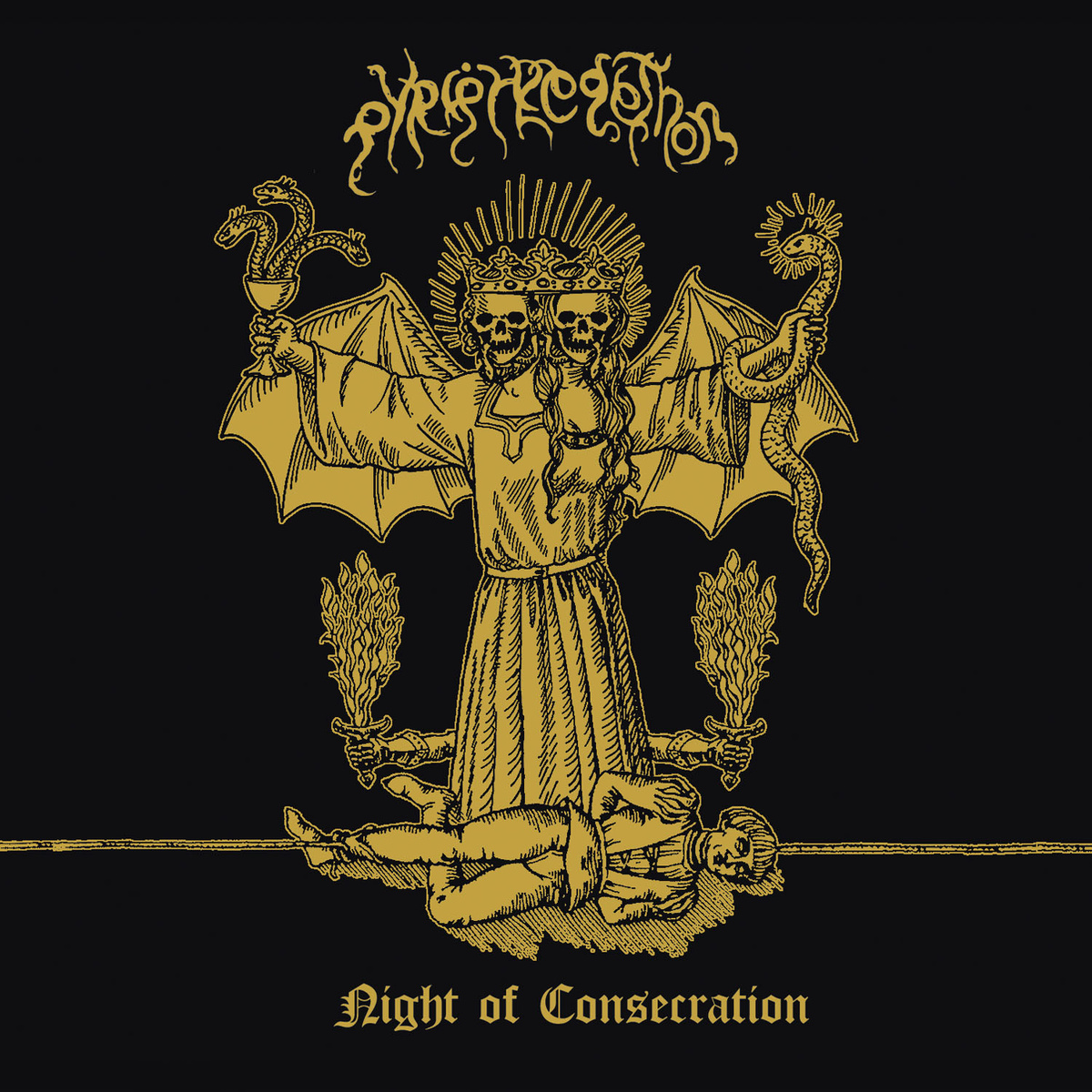