Fire up the rocket!

My introduction to Prophets of Saturn was when witnessing an exuberantly intergalactic set at Scruffy Murphys in Birmingham when they were the opening act for Swedish doom giants Goatess. My impression that day was very favourable. ‘I wouldn’t mind hearing a bit more from these boys’, I thought. Well now I can with the release of their new album Retronauts. This is the second album from the Leicestershire quartet and their first on Birmingham label HeviSike following their self-titled 2013 debut (which for the record HeviSike re-released after its first run via Cosmic Tomb).

The opening track on Retronauts – called ‘Retronaut’ singular – is fuzzier than your favourite winter woolie and every inch as comfortable. The feedback is laid down from the off and then it’s just a case of lying back and gazing up at the hallucinogenic heavens above. ‘Ultra Wizard’ is an occult ogling vision with plenty of weird riffs bouncing off the walls while singer George Sanderson sings and wails his sorry lament. Having seen George perform live, he’s a real likeable lothario and one you can’t help but find endearing with his unpretentious warbling cemented by the occasional burst on his trusty harmonica.

The dark background is maintained on the broomstick basher ‘Witch Rider’ which starts with a cutting riff before a welcoming rumble of drums joins the coven party. The tempo slows to a crawl at the start of the crushing 15-minute closer ‘Damavand’ the doomiest and heaviest of the four tracks, the first third of which reverberates to an incessant methodical pounding of the drums.

When the rhythms open up and George starts howling like a wolf on the night of a full moon the haze dutifully descends sending your senses tumbling like a washing machine on full spin. Prophets of Saturn are happy to bathe in the waters of Sabbath and numerous others that have gone down this path over the past five decades or so, stretching right back to the likes of frontrunners Cream. Indeed the very title of this four track release shows that the focus is on the Prophets and not the profits – with a kaleidoscopic turning back of the clock without sounding dull and dated. Having already secured support slots to such lusty luminaries as The Wounded Kings and Bong, the moons circling around Prophets of Saturn are clearly falling into place.

Birmingham-based Hevisike Records are making a name for themselves with the nation’s doom disciples, recently releasing an early Alunah album on vinyl. Their enthusiastic, honest and committed approach means their releases deserve an audience. They certainly shouldn’t struggle to find one for Prophets of Saturn. Fire up the rocket. 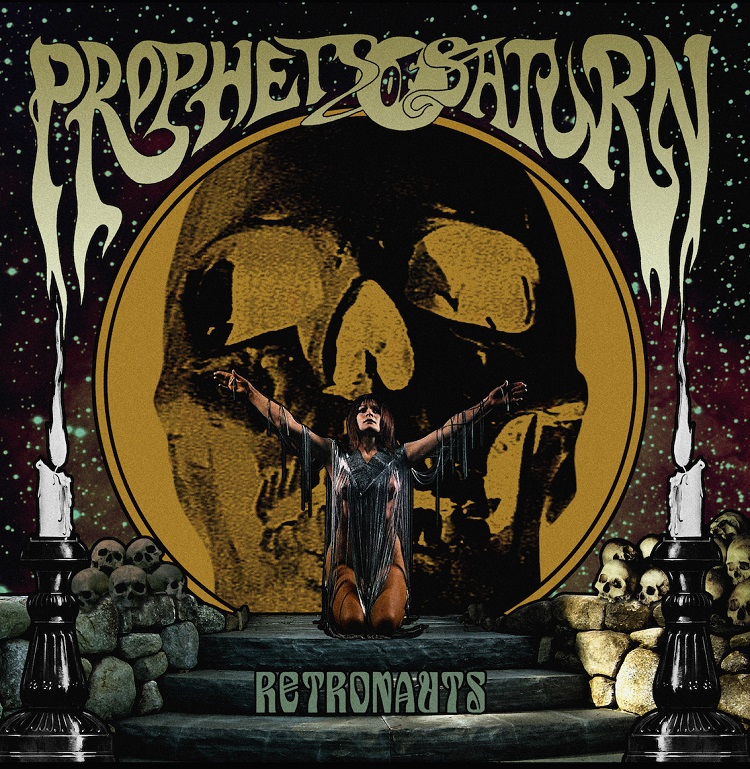 Prophets of Saturn are scheduled to play The Rigger at Newcastle-under-Lyme on Saturday 1 August, alongside Trippy Wicked & the Cosmic Children of the Knight and Space Witch.