Not resting on their laurels…

2012 saw Prong re-emerge from their hiatus with Carved Into Stone (reviewed here), an album that saw them back on track and delivering music as catchy as it was powerful. 2014’s Ruining Lives (reviewed here) threw in a few modern touches without once compromising their well-established identity. Followed by 2016’s powerful and polished X – No Absolutes (reviewed here), other than the two weak tracks ‘Do Nothing’ and ‘With Dignity’, again we were witness to Prong being Prong: thrash-meets-industrial-meets-NYC-hardcore delivered brutally and unrelentingly. 2017 and Tommy Victor and co-producer/engineer Chris Collier are back with Zero Days.

‘However It May End’ lays it on heavy with the hardcore and the groove and slams like a bastard. ‘Zero Days’ brings the clenched-fist thrash to the fore, the squiddly-diddly solo juxtaposed wonderfully with a Killing Joke-style vocal midway through. Both ‘Off The Grid’ and ‘Divide And Conquer’ merge melody with might, the bass-work in the latter shifting the soil beneath Victor’s brick wall riffs. Blasted out at thrash-miles-per-hour, ‘Forced Into Tolerance’ is fast and furious, as is ‘Interbeing’, a song that shifts effortlessly between razor sharp riffs and half time grooves as Victor again turns on the Killing Joke for his vocal delivery.

And it’s at this point one wonders whether Prong can keep it up. Enter ‘Blood Out Of Stone’, the song where Tommy turns to the more ‘commercial’ side of Prong’s recent albums. Like the aforementioned weak tracks on X – No Absolutes, the structure is predictable, the track is polished, and it feels forced and, frankly, unconvincing. Thankfully, ‘Operation Of The Moral Law’ drags us kicking and screaming back to the fast, the heavy, and the grooving.

While ‘The Whispers’ leans again on Killing Joke for inspiration, ‘Self Righteous Indignation’ digs into the dirt for a down-tempo slog of bendy and brutal riffing. ‘Rulers Of The Collective’ is the more successful of the ‘modern’ sounding Prong tracks, the melodic vocal passages balanced well with the harder choruses, a trait that continues with ‘Compulsive Future Projection’, leaving the heft of ‘Wasting Of The Dawn’ to close the album out.

Though there are a couple of tracks that don’t hit the mark as they might, this is another very good album in a line of very good, sometimes excellent, albums. Since 2012’s Carved Into Stone, Victor has been upping his game, improving his vocal delivery and sharpening the band’s sound. Zero Days is further evidence that Prong aren’t about to rest on their laurels and are in it for the long haul, striving to better themselves without losing sight of who they are or compromising on creativity or quality. 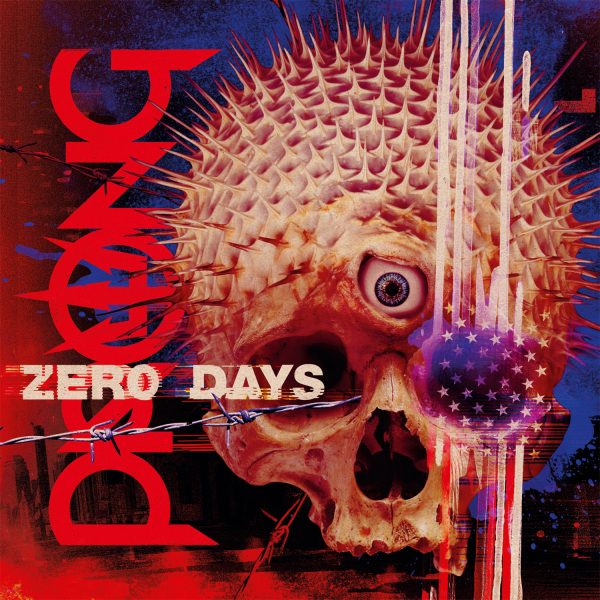