The successor album, Grand Hotel (1973) charted all over Europe and the USA. But Broken Barricades (1971) barely limped into the bottom reaches of one or two Top Fifties. Inexplicable.

It was Procol Harum‘s first release after Matthew Fisher’s departure, and would be the last (for 20 years) with Robin Trower (who clearly wanted to go out with a bang – his playing here is at his fiercest and most undiluted and most melodic). And it sees them navigate out of the “epic pop” cul de sac in which they initially seemed to have been stranded in the late sixties.

The album has been reissued a few times, but most of those have been mean with the bonus tracks. So Cherry Red Records, never ones to believe that there’s such a thing as “overdone”, have reissued this Remastered set of 3 CDs with 36 bonus tracks, 32 of them previously unreleased. Brings new meaning to the expression, “Expanded Edition”.

Of the original 8 tracks, there are 3 obvious picks.

Opener, and perhaps the album’s strongest song, ‘Simple Sister’, begins with a towering, bass heavy Trower riff that serves as a hook to hang the song on. It’s further embellished by busy piano rhythms and soaring strings as Gary Brooker’s authoritative vocal lowers the song’s centre of gravity, making it stronger, surer . . . if any rock song could be termed an unstoppable force, this is it.

The title track’s white light pop melody builds sweetly into a song that perhaps wants to be a bit more than it is. Transplanting the opening piano chords with wandering synth motifs was daring at the time, and has worn well.

‘Luscious Delph’ is a thing of rock’n’roll beauty, a lesson in musical sophistication, with a superb, serpentine melody. Just listen to Brooker’s shaded vocal as swells of horns and woodwinds come and go, while the cellos and violins swoon and sigh. Even shorn of the orchestral embroidery, as on an earlier version (a bonus track here), the classic PH keyboard/piano interplay elevates the song from good to great.

What’s most striking about Broken Barricades aside from the high quality of the songs, performances and state-of-the-art (for 1971) production, is its stylistic variety. The depth and shimmering soulfulness of Trower’s guitar sound in his tribute to Hendrix, ‘Song For A Dreamer’ is diametrically opposed to the relentless rhythmic pulse of ‘Power Failure’, yet both songs fit into ‘Broken Barricades’ like finely formed pieces in a rock’n’roll jigsaw.

If you didn’t own the album already, this remaster would be the one to invest in. And yet, there’s more, much more. The bonuses on Disc 1 are almost entirely different versions of the original tracks, some barebones, others alternative mixes.

Radio was still the pre-eminent medium back in 1971. On Disc 2 we get the band’s complete and unexpurgated recording Live At WPLJ FM, New York, April 1971. 12 songs comprising key tracks from Broken Barricades plus a rich pick of recent back catalogue material, like the now recognised Progrock classic, ‘A Salty Dog’ and its little brother, ‘Whaling Stories’, plus the hugely influential forerunner of Symphonic Rock, ‘Shine On Brightly’, both given sparkling, live in the studio performances.

Disc 3 is perhaps the real bonus here. An 11 track live concert on Sweden’s Radio Stockholm from 1971, in remastered stereo.

The broadcast is opened by key tracks, ‘In The Wee Small Hours of Sixpence’, famed among PH anoraks for its hidden key change and compositional structure; and the powerfully dramatic ‘Still There Will Be More’, the titular track that fronted the label’s recent 8 CD Box PH Fiftieth Anniversary extravanganza. The matching bookend is the climactic and magnificently apposite, 12 minute closing medley, ‘In The Autumn Of My Madness/Look To Your Soul/Grand Finale’. As architects of Progrock, they couldn’t have chosen a better way to sign out this showcase.

The 3 CD compilation captures a significant moment in time for Procol Harum. A widescreen snapshot. They’d broken away from the charting singles market and were now making their way confidently in the world of long playing records, planting buried treasure along the way. 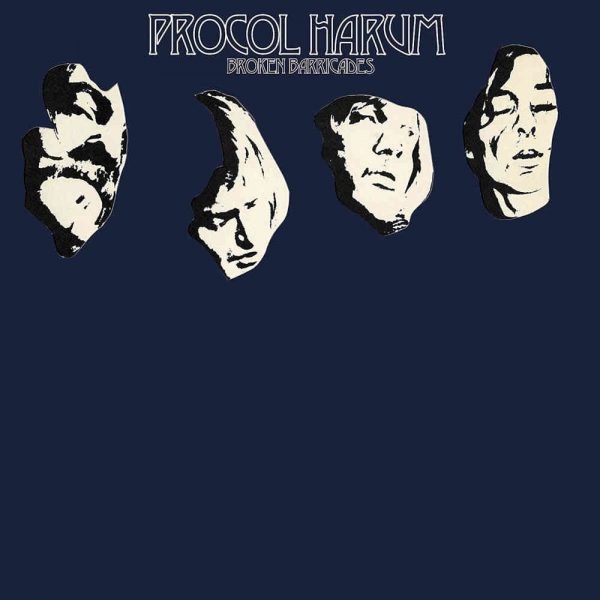