Pretty Boy Floyd paid their dues in record time, clambering quickly upwards through the LA club circuits, rapidly clawing their way toward the ultimate prize – a recording contract and a hit album, or two. They almost made it.

Live On The Sunset Strip, recorded in 2001 at the Ugly Club, cherry picks songs from those two albums, with a few bonus studio tracks thrown in.

The music press accused PBF of being “generic”, “derivative”, “unthreatening”, but the band knew you could change that perspective on stage. So even though the gig leads us down an always familiar path, it is greatly salvaged by the band’s performance, especially from mainmen, Kristy Majors on guitar, and vocalist, Steve Summers. They don’t deviate too much from the conventions of their own stick-to-the-formula material. But when they do, as on standout tracks, ‘Rock’n’Roll Outlaw’, ‘Shut Up’ and ‘7 Minutes In Heaven’, they sound raw and real, and they sound like they’re having fun, which is kinda the point with Glamrock. All suggesting that the band’s fire was dampened down on the original studio versions by producer, Howard Benson.

It’s all but impossible to screw up a tribute to Kiss album. The band’s hefty volume of work is liberally sprinkled with strong material and numerous hits. It’s like betting on the house.

Undeterred by such cynical observations, PBF recorded and released a 15 track tribute back in 2010. Everyone is someone’s favourite of course, but even to those rock fans who are underwhelmed or simply unmoved by the Kiss juggernaut, ‘I Love It Loud’, ‘Strutter’ and ‘Black Diamond’ are evidence of one, a band who know how to write tightly structured songs packed with heartstopping hooks and two, a band who clearly just love to rock’n’roll in the shadow of their heroes.

Both albums have been repackaged by the label and reissued late December 2017. 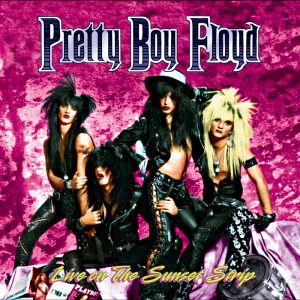 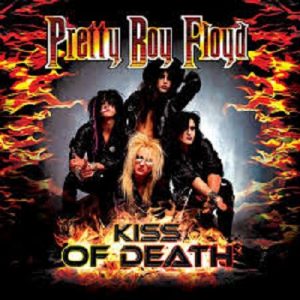