The story behind Possessed is not exactly your everyday tale of a Death Metal band. To understand the significance and excitement around new album Revelations of Oblivion, we have to go back a few years. More than 30 in fact.

That was when the dark quartet first emerged from the California shadows, not so much as shaking up the death metal template but creating one of their own through debut album Seven Churches (1985).

Heralded at the time as among the kings of the emerging Death Metal alternative to the more familiar thrash being practiced by their Bay Area neighbours Exodus and Metallica, Possessed looked set for big things only to disband in 87 soon after the release of the Eyes of Horror EP.

If that was a punctuation point in singer Jeff Becerra’s life it proved to be a drop in the ocean compared to the events that followed a year or so later when Jeff was quite literally caught in the crossfire during an attempted store robbery. The bullet left him paralysed from the waist down, facing the prospect of spending the rest of his life in a wheelchair. Not surprisingly thoughts of Possessed no longer seemed quite as important as rebuilding his still young life.

A brief return was dallied with in the early 90s although no new music was recorded and the band then pretty much dropped off the radar for over 15 years as Becerra tried to piece his life back together without the additional trials and tribulations of fronting a death metal band.

In 2007 Becerra appeared on stage at Wacken with musicians from Sadistic Intent, repeating the exercise in 2010 at Maryland Deathfest. Having started to write some new material the Possessed return was rubber-stamped two years ago when the band sealed a recording deal with Nuclear Blast Records.

Certainly since Bloodstock paid homage to Possessed last year excitement levels have grown around the band’s return and Revelations of Oblivion does not disappoint. With song titles such as the three Ds – ‘Dominion’, ‘Damned’ and ‘Demon’ it’s quickly evident  that the passing of time has not nullified the evil essence that made Possessed such an exciting crew. The satanic bell chimes that echo at the very start of this album then develop into a choral intro that eventually gives way to the buzzsaw licks of ‘No More Room in Hell’.

The overall sound, on songs such as ‘Damned’ retains the original grime-infested flavor of Possessed that endeared them to so many fans back in the day. Becerra sounds great while the songs are structured with a view to keeping things fresh with plenty of time-changes, breakout solos and an immense attitude stomp on ‘Demon’.

Down the years such metal behemoths as Death, Deicide, Morbid Angel and Cannibal Corpse have spoken of the impact and influence Possessed had on them, the latter covering ‘The Exorcist’ on their Hammer Smashed Face EP.

Well based on this album, and killer kicks such as ‘Abandoned’ and the creepy ‘Omen,’ Possessed sound as though they’re capable of inspiring another generation of burgeoning Death Metal warriors. 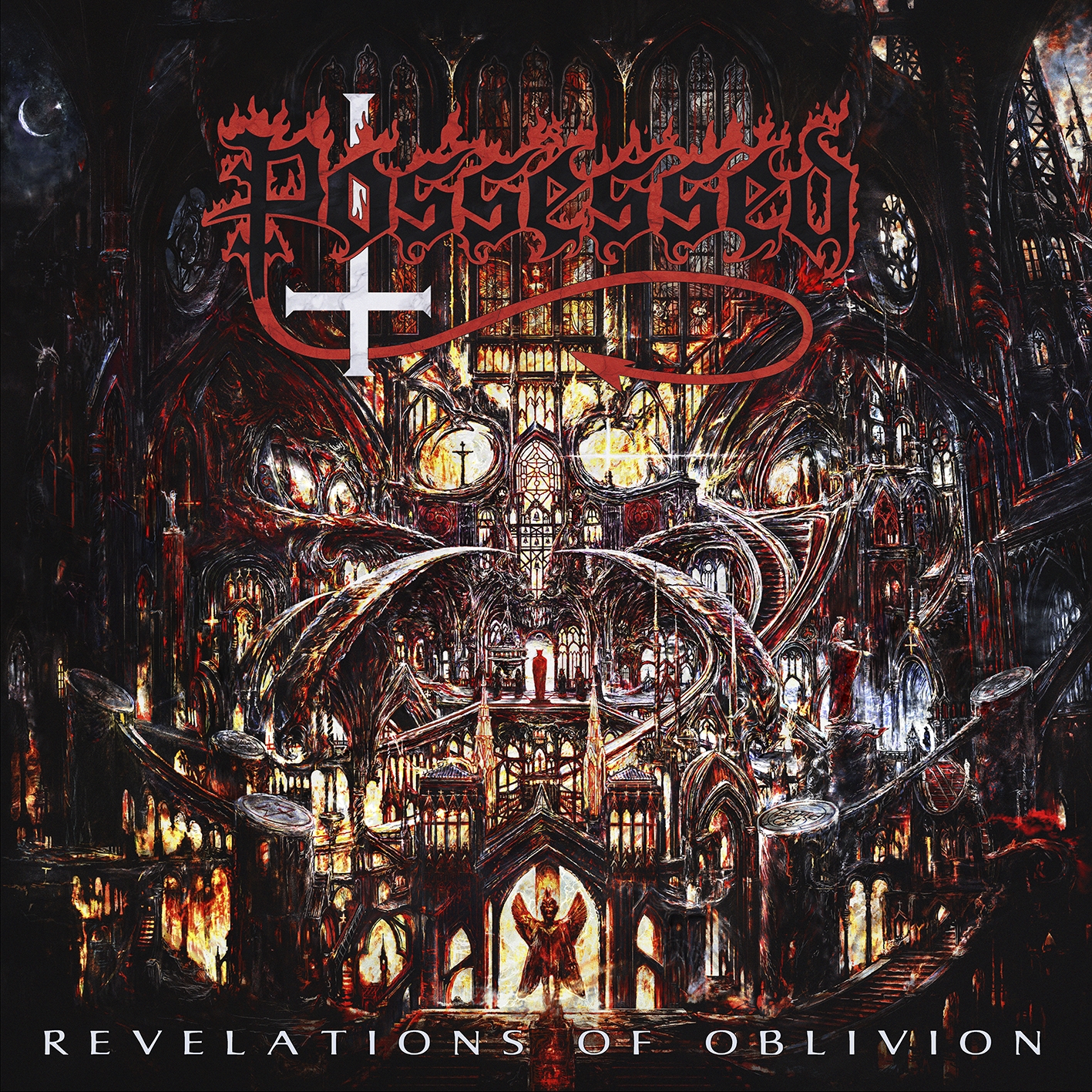