It’s been a dark year for the people of Bury… or at least those with an allegiance to the recently wound up football club. No more Saturday’s at Gigg Lane, it must feel as though the small Lancastrian town is under a dark cloud with little sign of any light filtering through.

Until now… Bury’s favourite metalheads Pist are back with another album and if this doesn’t lift spirits in their home town then nothing will. Hailz was recorded, mixed and mastered at Foel Studio in Wales by Chris Fielding (Conan) and anyone thinking that the esteemed studio ace can only work his magic around doom finds out differently here.

If there’s one thing Pist have never been is doom as anyone who has ever experienced their brilliantly anarchic stage shows will testify. The clue’s in the name I guess, and calling their debut album Rhythm & Booze (2015) doesn’t exactly provide much of a case for the defence, although in reality Pist are far more accomplished than their chaotic image would ever suggest.

Cut from the same cloth as Orange Goblin – with who they shared a tour bus this year – Pist play an infectious heavy hitting band of groove-laden metal that’s more contagious than your average GP’s waiting room. Such was the impact of their debut album that they were invited to play the Sophie Stage at Bloodstock that year.

When Pist first emerged from the Bury Badlands they somehow found themselves shoehorned into the doom/stoner scene which they never really were. This album emphasises their sound is shaped by a wider range of influences than some people may have first appreciated, with even black metal kings such as Darkthrone sited as influences. This is also reflected in the album title itself.

Musically album highlights such as ‘Mind Rotter’ and ‘Fools Gave Chase’ are no less energised by a punk spirit. Dave Rowlands has an all or nothing approach that is heard not to like. Behind him John Nicholson (guitar) and Mike Collins (bass) keep the rhythms flowing like beer pumps on New Year’s Eve, the whole effect sustained by the pounding foundation delivered by Andy Hunt.

As great as Pist are at the rockin’ heavy kicks they’ve really struck gold on ‘Strangle The Sun,’ a union with riff renegades Elephant Tree that opens as a harmonious ballad but adopts an altogether heavier demographic the deeper into the maelstrom we go. Bury still has some winners thanks to Pist.

Released via APF Records on 8 November 2019 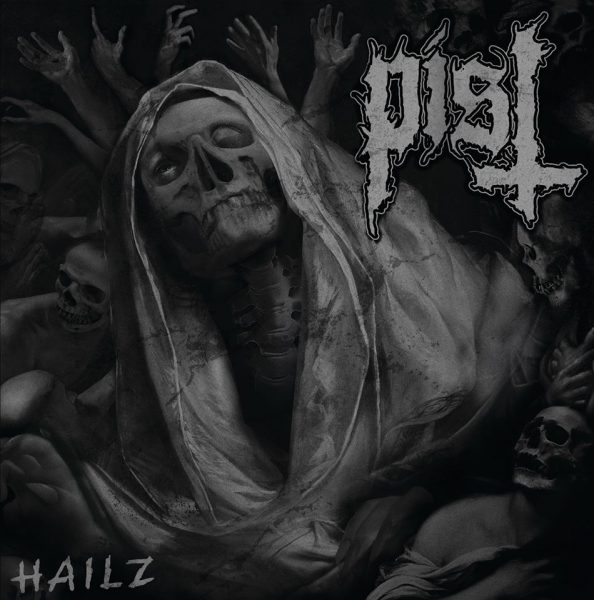