Anyone with even the most threadbare knowledge of Pig Destroyer probably won’t be surprised to learn that their latest album Head Cage features a dozen songs squeezed like sardines into a 32-minute aural window of destruction. It probably won’t come as any particular shock either to discover that album opener ‘The Tunnel Under The Tracks’ is a glimpse, albeit a thankfully fleeting one, into the warped recesses of their minds.

By the time ‘Dark Train’ steamrolls in, we’re truly up and running, the grindcore giants careering around bends at breakneck speeds, so hold tight or fall the fuck off. The familiar grinding guitars smash straight into ‘Army of Cops’ as the Virginia violence virtuoso’s continue to let rip with that familiar unbridled venom that first saw them register in the metal consciousness with 2001 breakthrough release Prowler in the Yard.

While Head Cage captures plenty of the bludgeoning balls out force on which they’re pernicious reputation has subsequently been built, Pig Destroyer now have the wherewithal to pick and choose when to really tear your throat open and on ‘Army Of Cops’ there are some punctuated pauses that help build and then stem the rising momentum.

Listening to the start of ‘Circle River’ is like waiting for the floodgates to open and once they do then stand back or get swept along by a tidal wave of blistered riffage and frantic vocal rages. Every bit as visceral on stage as in the studio, Pig Destroyer have now mastered their art to a degree which must occasionally leave other grind outfits weeping into their sleeves.

Even on those tracks that barely last more than 60 seconds such as ‘Terminal Itch’ they’re able to pull off a masterful hit ‘n’ run where they dismantle your senses and then just about restore them correctly before you even know they’ve landed.

Grind fans have waited a while for this album, since Book Burner inserted a new chapter in their career in 2012. What Pig Destroyer never do is give you an easy ride. Tensions are fraught throughout and the uneasy sense of something bad about to happen never strays far from the surface.

The album – which features vocal cameos from Richard Johnson and Kat Katz from Agoraphobic Nosebleed, along with Dylan Walker from Full of Hell – ends with the seven minute monster ‘House of Snakes’ but while the tempo here is a shade slower the blows land with the same emphatic jaw-breaking brutality. 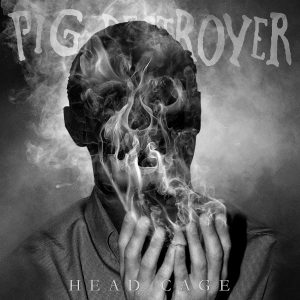 Released via Relapse Records on 7 September, 2018