When it comes to waiting for a new album, almost 25 years is stretching things in anyone’s book. That though is the incongruous position with Phlebotomized who have finally pulled their finger out to deliver Deformation of Humanity almost a quarter of a century after their second album Skycontact. But it is their debut cut, Immense Intense Suspense, for which Phlebotomized are most widely known.

If anyone does recall the Dutch death demons’ first release – and it’s still viewed as a cult classic of the underground by many – it will be as a kind of melodic death metal combo. Phlebotomized eventually split after the release of their second album in 1997.

Some re-releases of their first couple of albums almost inevitably brought (some of) the band back together and having tested the water with a few shows and regrouped with new personnel they set about marking their return more formally through a new album. It becomes apparent early on that Phlebotomized ‘Mark II’ have their own ideas and the new unit have certainly shown no appetite for resting on past laurels. 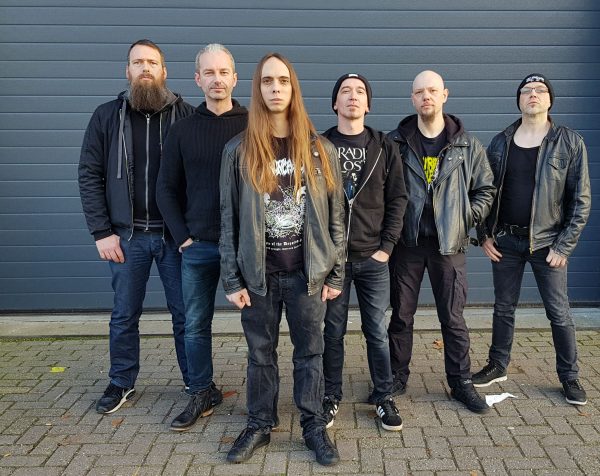 Deformation of Humanity features mournful passages that will resonate well with fans of Paradise Lost. ‘Chambre Ardente’ is an eight-minute track that really grips you, as the tempo alternates cleanly while still oppressively heavy in tone. Melancholic gloom best describes the extended opening phase of ‘Descend To Deviance’ before an edgier shape transforms the song, assisted by keyboard, a throbbing beat, demanding bass and some fulsome riffage.

Throughout the album the vocals are largely heavy bestial snorts from new vocalist Ben de Graaff, filtered through with the occasional clean vocal cuts. Phlebotomized do add some variety though, such as on ‘Desideratum’ on which Rob Op’t Veld’s symphonic synth really provides the dominant force. The Dutch masters really sparkle on ‘My Dear…’ which pulses with a My Dying Bride vibe, luxuriously deepened vocals working in union with more antagonistic barks.

The album’s impressive title track shows off the multi-faceted layers of Phlebotomized and this is followed by ‘Until the End Reprise,’ an emotional rollercoaster on which the Dutch outfit really show off an almost new found prog side to their make-up.

Perhaps Phlebotomized could have become as big as their fellow countrymen Asphyx had they not taken such an extended hiatus. But never mind. They’re back now and we should enjoy them, starting with Deformation Of Humanity. 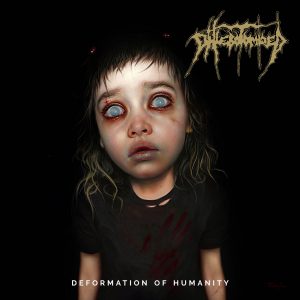 Released via Hammerheart Records on 18 January 2019