Raging Speedhorn made a welcome return to the fold in 2014 after an eight year hiatus and their high octane metal/hardcore hybrid was sorely missed. With a confidence that suggests they’ve never been away they hit the stage and it’s immediately obvious they haven’t come to take prisoners. Launching into ‘How Much Can a Man Take?’ it’s a career spanning set as ‘Redweed’ and ‘Dogshit Blues’ follow. Either one would be enough for any band but, in John Loughlin and Frank Regan, the band have two hyperactive vocalists who fire from each others energy. Like a pair of whirling dervishes they cover every inch of the stage throwing shapes and whipping the crowd into a frenzy but it’d be unfair to single out any individual member as they each attack their instruments with gusto and deliver a mosh inducing musical maelstrom.

Imagine Merauder in a cage fight with Motörhead and you’d have something approaching the intensity of a Raging Speedhorn gig. ‘Bring Out Your Dead’ and their groove laden debut single ‘Thumper’ are definite highlights but from set opener to the crushing sludge of closer ‘Ten of Swords’ they place their boot on the listeners throat and refuse to take it off. Raging Speedhorn’s effervescent performance coupled with their adrenaline charged brand of metal has set the bar high for tonight’s headliners. 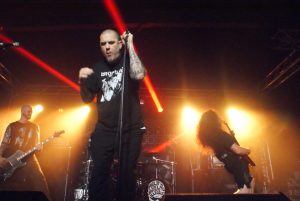 The furore surrounding Phil Anselmo’s questionable act at 2016’s Dimebash has divided the grass roots metal community drawing condemnation from, amongst others, Rob Flynn. The cosmopolitan nature of Birmingham means tonight’s show at The Mill is the only UK date on the tour that’s under capacity as those offended stay away. It’s not my job to judge anybody but the lyrics to Pantera’s ‘Rise’ and ‘No Good (Attack the Radical)’ should dispel any notion that Phil’s a racist. Furthermore the bands use of Agnostic Front’s call to unity ‘United and Strong’ as their intro tape speaks volumes. But music is the real reason we’re here and when Philip H. Anselmo & The Illegals hit the stage they’re welcomed like returning heroes. Opening with the sonic fury that is ‘Bedridden’ from 2013’s Walk Through Exits Only finds the band on top form with Phil commanding centre stage and guitarist Mike De Leon stomping in circles like Scott Ian. 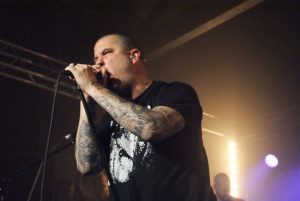 I first saw Phil Anselmo performing with Pantera back in 1994 and I’m pleased to report that the intervening 25 years hasn’t diluted his rage at all. In fact while many of his peers are in the comfort zone, churning out identical albums, Phil has gone in the other direction by exploring sonic extremities as the next four tracks (all from the recent Choosing Mental Illness as a Virtue) exemplify. The Illegals have a sound that’s built for fans of extreme metal with blast beats nestling effortlessly alongside deathcore riffage. ‘Photographic Taunts’ is a good case in point with powerhouse drumming mirroring a runaway Sherman tank crushing all in its path and Phil alternating between guttural and clean vocals. Truly humbled by the reception he’s received Phil then treats us to ‘Walk Through Exits Only’ and a raucous rendition of ‘Mixed Lunatic Results’ both delivered with the vocal vitriol you’d expect. 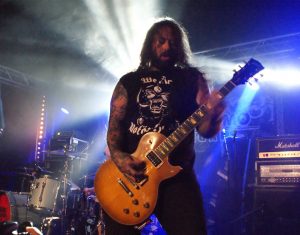 I’m sure Phil isn’t one for regrets but it’s seems losing Dimebag without mending their feud is still quite irksome and the remainder of the set is devoted to Pantera tunes. Many present (myself included) would’ve been happy hearing just Illegals material but the selection of Pantera tunes is a nice touch and ‘I’m Broken’ is rapturously received and, delivered with a twin guitar attack, becomes even more heavy and brutal. As you’d expect ‘Fucking Hostile’ sets the venue alight before ‘Yesterday Don’t Men Shit’ (segued with ‘Domination’ and ‘Hollow’) increases the insanity as tidal waves of crowd surfers come crashing over the barrier and that seems a fitting way to end the set. 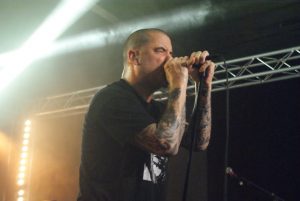 Of course the band come back for an encore and when Phil insists the crowd go bananas they’re happy to oblige. ‘Walk’ contains the sickest riff in metal and, as throughout the set, the band lock in well together and handle the complex time changes with ease. Almost everyone present sings along with that chorus and it’s not only a pertinent tribute to Dimebag Darrell but also to Pantera, the band who kept the metal flame burning throughout the 90s when many of their peers jumped ship or changed styles. But it’s not all over yet as Phil sings a cappella: a few choice lines from ‘Stairway to Heaven’ but doctored with Phil’s inimitable humour. You can guess the rest…