With some vocalists, whatever music they get to sing, it sounds better, shapes up better and gives an extra kick to your musical receptors. This is the type of singer that Kent Hillie of Swedish band Perfect Plan is. His pretty impressive pipes, however, are just part of his awesomeness. Kent’s voice is of the same character and caliber as Joey Tempest (Europe) and Timo Kotipelto (Stratovarius), yet he sings in this specific way known to us from Myles Kennedy, Axl Rose, and more recently Chez Kane, combining diapason with impressive vocal technique.

Not that the band doesn’t matter – it does, and very much so, too, but this is a two-way relationship that only gets better with time. Perfect Plan’s new album outdoes in quality, melodies and performance anything they have done so far and some of the credit for this should go to Hillie who has properly found his voice here, taking the band to another level altogether.

A few months ago, he appeared with a couple of tracks on Tony Hernando‘s (Lords Of Black) most recent album with Restless Spirits, so he has kept himself busy while also working with Perfect Plan’s Brace For Impact, just released. It has the perfect start with a classically structured opening track (intro, main part, then going back into a lyrical intermission, and culmination – doesn’t get more classic than this). Kent’s strong vocals are pretty much mesmerising and promise a great album.

The band have truly stepped up their game and have delivered a brilliant release featuring a variety of subgenres of melodic rock. ‘Can’t Let You Win’ is another well rounded track, a melodic power metal kind of song starting with a brief intro in the tradition of good old Stratovarius. ‘Gotta Slow Me Down’, on the other hand, makes you prepare for the likes of ‘Unskinny Bob’ and brings back glam rock memories. With ‘Stop The Bleed’, things become more bombastic and particularly awesome to listen to: this is becoming more serious hard rock here. ‘Devil’s Got The Blues’ is a track that may as well be sung by Europe, and ‘Bring Me A Doctor’ makes you smile and brings about thoughts of being the modern-day equivalent to ‘Doctor Doctor’ and references to David Lee Roth’s humorous style. The feel-good factor is everywhere.

With ‘Still Undefeated’, the band has gained momentum and is in full swing. By now it is clear that this is an album you may be playing on repeat for some time: catchy tunes, brilliant rhythm and fantastic energy.

The spirit of the 80’s is around in the lyrical ‘Emelie’, as well as ‘Walk Through Fire’ – a stellar end to a brilliant album, in the best traditions of Whitesnake and Foreigner. And, of course, let’s acknowledge the mandatory power ballad, ‘My Angel’ – for good measure.

This is melodic rock at its best and it would be great to get to hear it live. Perfect Plan are currently on tour, so let’s hope they decide to come to the UK one day, too. 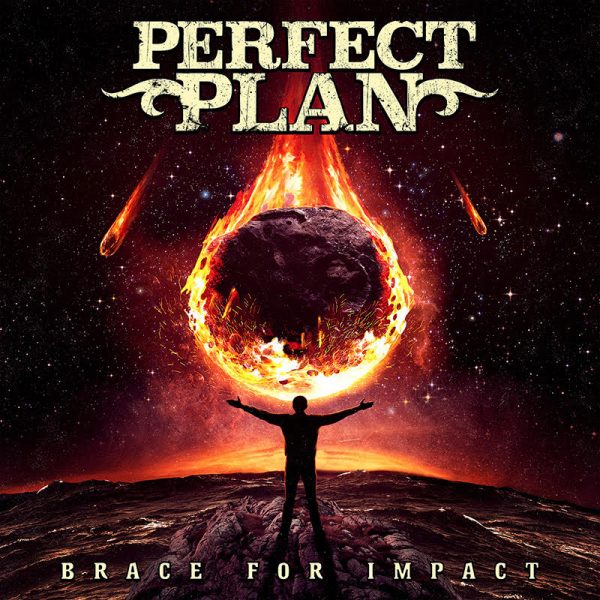