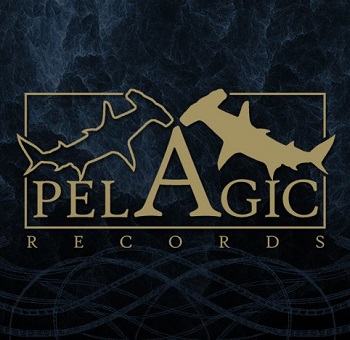 A long walk in the countryside and sharp enough to open a can of sardines, there’s some interesting stuff emerging through the doors of Pelagic Records.

Paul Castles checks out a couple of contrasting, but equally powerful releases:

It’s fair to say that when ploughing through the latest sackload of review material not many of the artists I came across hail from China. In the interests of world peace it seemed the right thing to do then, to at least give Wang Wen a chance. Fortunately for me, listening to the hypnotic Eight Horses proved time well spent with the eight instrumental tracks just brushing through the hour barrier. Although we often hear of restrictions placed on Chinese artists, post rockers Wang Wen have been performing for around 15 years and their travels have taken them way beyond their own nation’s historic borders.

The material may not have the coruscating heaviness of the likes of Karma To Burn, but it’s nevertheless an intriguing collection of tracks opening with the 10-minute meandering of ‘Northern North’ which is a gentle lolloping journey, the spiritual oasis of which is marred only by some jabbering voices that latch onto its dying embers. These dissonant voices aren’t the band members but local Chinese people using the Echo Library in Dalian, where intriguingly this album was recorded during opening hours. And while normal bookworms went about their business, I’m informed dedicated Wang Wen fans also flocked to the library to sample the live recording first hand.

The sultry silkiness extends into ‘Sky of Dalian’ which would be a pretty good accompaniment to a late night dram nursed lovingly over a spitting open fire. This track does take on a slightly more aggressive tone around the halfway mark but nothing likely to shake the foundations of the Great Wall. While ‘Eight Layers of Hell’ is a great name for a metal track the aural landscape painted here is more heavenly than hellish until the midway point when some rasping cries briefly penetrate the smooth sheen – and I don’t think they belong to a customer being given a fine for an overdue library book!

The longest track ‘Escape from Mother Universe’ has an almost suffocating stillness to it, the merest of ripples across a pond with some rhythms gently caressed into life by the two guitarists. The ambience is though eventually shattered by further gravelly shouts. Curtain closer ‘Welcome to Utopia’ is another consummate offering, and possibly the most vibrant, pulsing with charges of electricity and bringing the whole album to a fittingly celebratory conclusion.

The warming tone of Eight Horses is a soothing soundtrack to take with you on a long walk in the countryside. It lacks the edginess of Irish instrumental duo From the Bogs of Aughiska but is a noble collection of pieces that are well layered and neatly delivered. The band has visited Europe before and there are dates to be announced for a further tour soon. A glance at the Wang Wen Facebook page reveals some pretty full houses at fair size venues on their recent tour in China. If they ever make it to the Midlands then we should welcome these creative Chinese musicians with open arms.

Almost at polar opposites to the calm and tranquility of Wang Wen are Earthship. Rather than sliding angelically across the surface of a blue lagoon, Earthship dive deep into the quagmire of sludge. It’s a messy business but great fun that’s for sure. A Berlin quartet, Earthship have been firing their intergalactic bullets for four years and this is their third album. Crowbar are often put forward as a reference point and Earthship certainly bare more than a passing resemblance to Kirk Windstein’s rifflords. Earthship though tend to pack their efforts into smaller packets rather than some of the extended stoner sounds that fans of Crowbar and Down have latched onto down the years.

Withered features ten songs but still only comes in at a shade over the half-hour mark the downside of which is that just as you’re starting to fall into the soul of the roaring riff one track ends and another begins. Jan Oberg – former drummer with The Ocean – is the driving force behind the band and his muffled moans dominate opening number ‘Sanguine’. The bass is a dynamic demon and if you sense the chemistry that’s because it’s being played by Jan’s wife Sabine.

If you peer deep enough into the Earthship world there are plenty of great stoner sounds just waiting to be coaxed out. ‘The Garden’ is a torturous track full of Teutonic twists with Oberg singing cleanly over a pounding beat while the guitars spiral into ever more challenging loops.

Earthship switch seamlessly between the warmth of harmonic delights such as ‘Throne of Bones’ and the weightier ‘Veil of Gloom’. As the title suggests ‘Lament of Torment’ sees the Berliners pile on the agony with a real steamroller of a track that slowly flattens you beneath its power. Withered is sharp enough to open a can of sardines and Earthship’s upward trajectory looks assured with this sludge-coated release.