Today’s the day, a new Pearl Jam album. This kind of thing doesn’t happen too often. They’ve only released 11 studio albums since their debut in 1991 and it’s been 7 years since their last, the slightly listless ‘Lightning Bolt’. So, yes, stakes and expectations are high.

And the question has to be asked – do Pearl Jam even need to bother with new product anymore? They are frequently described as Grunge’s answer to the Grateful Dead and it’s a fairly accurate comparison. Like The Dead, their position is fairly unassailable now. Renowned for their long, epic, deep-cut laden gigs, they have a loyal, stadium-filling fanbase which will never desert them. There is a similar feeling of family and community about them and they could quite easily go on tour every few years, play the hits, be adored and never darken a studio door again. The last Grateful Dead studio album saw the light of day in 1989…and they’re still going strong.

So, are Pearl Jam going through the motions, dropping an album because it’s expected of them? Or, can we hope for more?

It doesn’t take long to realise that it’s an on-form Pearl Jam we’re dealing with here. Opening track ‘Who Ever Said’ feels like an old friend. It’s vintage Pearl Jam, from it’s first riff to Eddie Vedder’s fiery vocals. The band instantly lock into a merciless groove, it ebbs and flows, holding back before sling-shotting back into its riffage. It’s urgent, it’s instant, it’s classic. We can relax, Pearl Jam are back.

And on it goes, joyously and breathlessly. ‘Superbad Wolfman’ has a great, punk-edged riff that sounds like it would have been at home on ‘Vitalogy’. The band sound totally, ahem…alive.

‘Dance Of The Clairvoyants’ heralds the first touch of experimentation. It’s electronic beats are welded to a jaunty, angular post punk/new wave riff. It’s none more 80’s and the first real indicator that the band aren’t going to take the easy road – there’s a questing curiosity and willingness to try new things on display.

It becomes increasingly clear that Pearl Jam are also in confrontational mode. They’re controlled and confident but they’re also mightily pissed off about stuff…which is nice. Vedder is ranting and railing with more passion and venom than we’ve seen in years while Mike McCready plays with a scorched earth intensity. Greed, climate change, Trump – they’re all fair game here and Pearl jam go after them like a junkyard dog with a particularly tasty bone.

It’s not all sturm und drang, however. These are middle-aged guys now after all. ‘Alright’ is a soothing mantra, a gentle reassurance while ‘Seven O’Clock’ is a mostly acoustic, 6 minute epic. It’s quietly rebellious – “Do not be deterred” breathes a mellow Vedder. In fact, the final third of the album sees a major gear change into autumnal acoustics. That calm confidence is there again, in spades. But there’s no rushing, these guys know what they’re doing. There is a new found maturity, waves of sound crash against Vedders existential howls, but, y’know, clamly.

The pump organ of closing track ‘River Cross’ immediately brings Neil Young to mind, in particular ‘Mirror Ball’ the album he recorded with Pearl Jam as his backing band. But that’s no surprise, Pearl Jam are now pretty much the age Uncle Neil was when he recorded that album. Vedder reminds us one more time that “the government thrives on discontent” – he’s still angry, but not swinging from the lighting rig anymore.

This is Pearl Jam’s best album in years, since the eponymous “Avocado Album” or even ‘Yield’. They sound energised, committed and full of fire. The songs are strong, the production is sleek and modern and the performances all round are absolutely stellar. Like Dylan and Springsteen before them, Pearl Jam are now standard bearers for a generation of rock bands. They’re leading from the front, illuminating the way forward, showing us all how it’s possible to rock and mature, to remain thrilling but to grow up and address relevant issues.

It’s good to have them back.

Released on 27 March 2020 by Monkeywrench Records 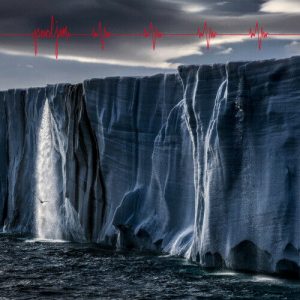