It may only have been just over six months since Paul Rodgers toured the UK with Bad Company, but that hasn’t stopped a more than enthusiastic turn out at Leicester’s De Montfort Hall to see him return, this time with a celebratory set based purely on songs from the early days of Free.

Opening the show was Deborah Bonham, whose band Paul is using as his backing band for the tour. As a consequence, Bonham opts to put on an acoustic show with Doug Boyle providing acoustic guitar. Many here tonight will have seen Doug during his tenure with Robert Plant in the late 80s and early 90s.  The pair delight with a selection of songs drawn mostly from ‘The Old Hyde’ and her more recent offering ‘Spirit’.

Paul Rodgers takes to the stage as the band start off with ‘Little Bit Of Love’ with the trademark mic stand twirling that is almost as distinctive as his voice. And what a voice! The passing of time has been much kinder to Paul’s voice than it has been to many of his contemporaries, and it would be fair to say that his unique blend of soul, blues and rock sounds as magnificent tonight as it ever has. The early part of the set sees him deliver the rock side of ‘Ride On A Pony’ and the soulful ‘Be My Friend’ with equal ease. He also seems very relaxed and enjoying himself, so much so that even when acoustic guitar issues force an abortive ‘Soon I Will Be Gone’, that it’s dealt with in good humour and quickly replaced with ‘I’m A Mover’. 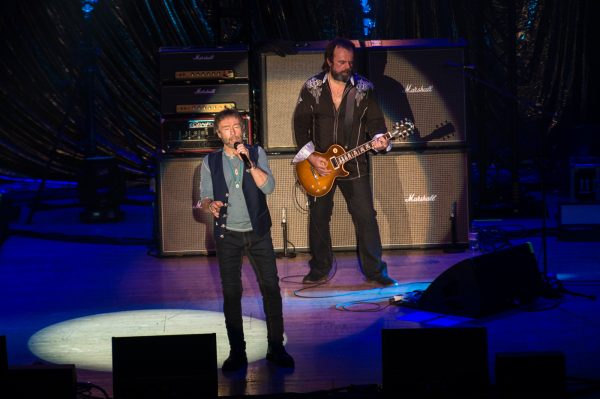 Free have so many iconic tracks from what now seems like a very brief period of time and while the more obvious songs such as ‘The Hunter’ and ‘Fire And Water’ have featured in more recent shows, a pure Free set allows for some lesser played gems; and it’s a delight to hear the likes of ‘Magic Ship’ and ‘Travellin’ In Style’.

A mention must also go to his accompanying band. On loan from Deborah Bonham he has a superb unit. Guitarist Peter Bullick, while remaining relatively stationary, faithfully recreates Kossoff’s lines and Ian Rowley even managed to send a shiver down the spine with his bass solo on ‘Mr Big’ – something you don’t get to say everyday. 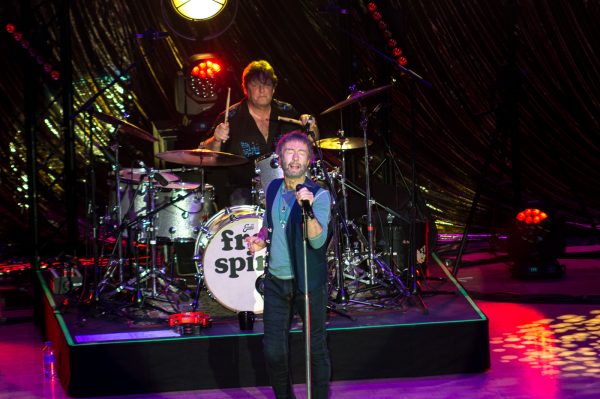 During ‘Fire And Water’ Paul encourages everybody to get out of their seats. Having been far too polite earlier, the crowd oblige and swells the stage area, making the finale of ‘The Hunter’ and encores of ‘Wishing Well’ and ‘All Right Now’ all the more enjoyable.  A further encore of ‘Walk In My Shadow’ closes the set and brings an end to what has been a thoroughly enjoyable evening of music and a trip down memory lane.

Paul plays a further show in the Midlands at Birmingham Symphony Hall on Saturday 27th May.