On a night when Wolverhampton was taken over by rugby fans keen to cheer on England in their ultimately less than heroic showdown with the Aussies, a much less traumatic evening could be had over at the Wulfrun where Paradise Lost were making a welcome return to the city.

First up were Lucifer who have generated plenty of interest with the satanic spirals created following the unification of kindred spirits Johanna Sadonis and Gaz Jennings from doom acolytes Cathedral. Johanna’s interesting but regrettably short-lived dalliance with The Oath had pushed her to the fore of brooding female singers.

At the Wulfrun though, that was not really apparent. Too few punters showed any real interest in checking out the first of three bands and this indifference clearly irked Johanna. The wails and swirls with the obligatory black cape got lost in the emptiness of the hall. Despite summoning on every demon known to man through the occult inspired lyrics the only knockout blows being landed during their set, were at the adjacent Civic Hall where a gentleman’s boxing evening was just getting into full swing.

Perhaps a return to one of the Midlands’ smaller venues at some point will offer Lucifer a more suitable platform from which to concoct their dark spells.

Tribulation were a revelation. The glammed up goth look stirred memories of cult 80s acts such Alien Sex Fiend and Specimen. Having taken to the stage to some suitably spooky church organ music, Tribulation blasted their way through a high octane set that was well disciplined and hard to turn your back on.

Playing behind a thin layer of mist through the entire set, there were overtones of 80s goth grandees, The Cure, also to be found lurking in the shadows. With a kind of androgynous thread running through the band, the Swedes created a positive impression in the Black Country, singer Johannes Andersson cutting a sartorial dash with the dreads and bell bottoms combination.

The music certainly wasn’t as dark or mysterious as something like Bauhaus but the cobweb layered riffs rocked nicely around the Wulfrun. Ending with ‘When The Sky Is Black With Devils,’ Andersson’s gravel-coated harmonies came over like a man who’d just finished his final cough sweet of the evening. Tribulation got a healthy reception at the end and thoroughly deserved it.

This was a quick return to the city for Paradise Lost. This time around it was essentially all about promoting the latest album, The Plague Within, with the giant backdrop being an image of the album sleeve as though to reinforce the message.

Opening, as is the way these days, with the first track from the album, the excellent ‘No Hope In Sight’, the warmth of Paradise Lost quickly spread over the first few rows and beyond. Rhythm guitarist Aaron Aedy had his axe swung so low he was almost polishing the stage with it. The album’s second song ‘Terminal’ was not long in coming before the title track of the 2012 album Tragic Idol made a welcome appearance.

The northerners have always deftly blended aggressive, almost death metal attacks, with calming harmonies and on songs like the hypnotic ‘Victim Of The Past’ the result is all consuming. Having briefly taken on the role as vocalist with death metal supergroup Bloodbath – recording one imperious album in Grand Morbid Funeral – vocalist Nick Holmes knows more than most about singing from the inside out.

Paradise Lost have embraced many musical flavours during a career spanning 25 years and ‘Beneath Broken Earth’ was certainly the doomiest song of the night, weighed down by moroseness and melancholy, as it tumbled into the abyss. A four-song encore sent everyone home satisfied, the crowd joining in with Nick on ‘Faith Divides Us – Death Unites Us’. One of their more accessible songs, ‘Say Just Words,’ from the 1997 album One Second (and also appeared on the 2008 live album The Anatomy of Melancholy), made for a suitably soaring finale. 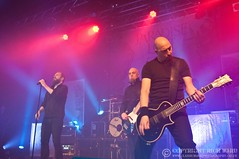 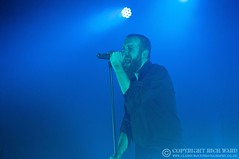 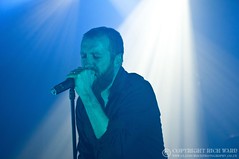 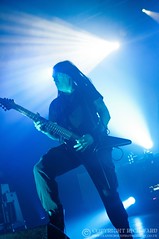 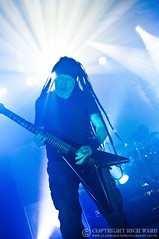 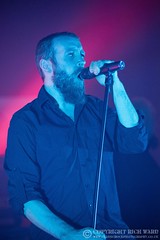 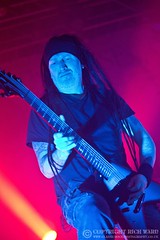 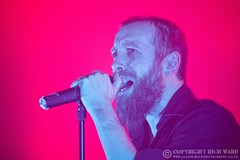 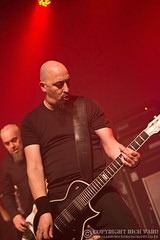 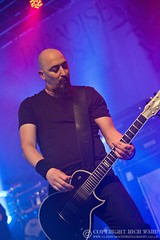 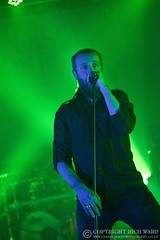 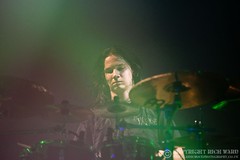 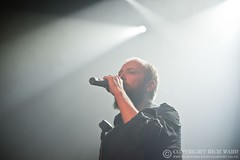 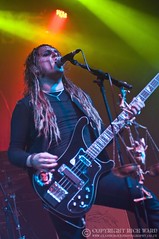 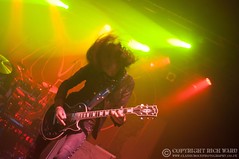 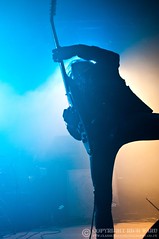 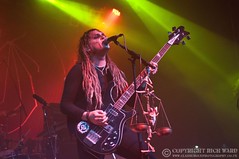 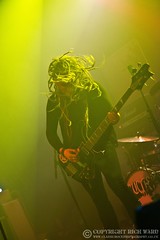 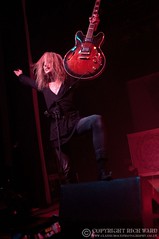 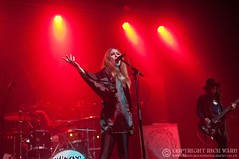 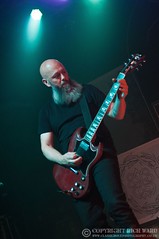 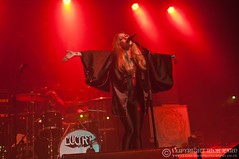 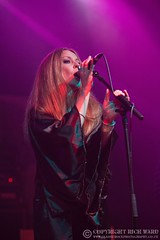 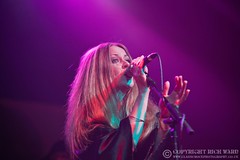 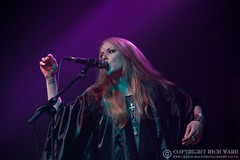 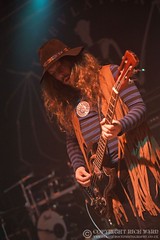 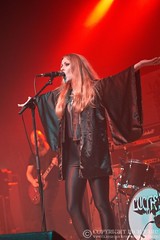