This show at the Robin was to be Panic Room’s last of 2016, not to mention their first show since the delayed recording of their first concert DVD in October, and also the band’s first trip back to the Robin since they hosted their own weekend last May. Being so comparatively close to Christmas, it was also a chance for a bit of a party, at least in part celebrating what’s been a pretty big year for the band, and the stage was suitably decorated for the occasion, with a large illuminated reindeer, among other things.

The band elected not to have a support on the night, and started proceedings at about 8.40, in front of what struck me as a very healthy sized crowd, and straight away the first impression was what a tremendous boost the recruiting of Dave Foster on guitar has been to the band. Before taking him on board, it often seemed that the band had been drifting a little, but in the eighteen months since they originally brought him in as a stand-in, followed later by his permanent inclusion in the line-up, it’s very clear that his presence has been a genuine shot of adrenaline, and the band as a whole are fairly bursting with enthusiasm and energy from the opening number, ‘Song For Tomorrow’.

His presence has also given them the confidence to take their older material into some different places, ‘Picking Up Knives’, for example, was probably the funkiest thing they’ve ever played, with Foster channelling his inner Nile Rodgers and a solo that put the listener in mind of players like Johnny Guitar Watson, while ‘I Am A Cat’ became almost a Country Blues, albeit with a quick burst of the theme from ‘Terry and June’ in the intro. It was that kind of night. Similarly, I can’t imagine a previous line-up rearranging ‘Tightrope Walking’ to begin with an almost tribal drumming arrangement before moving the song into Toto territory. They’d also put some extra effort into the light show, introducing lasers during ‘Fifth Amendment’, something I don’t think I’ve ever seen in the Robin before. 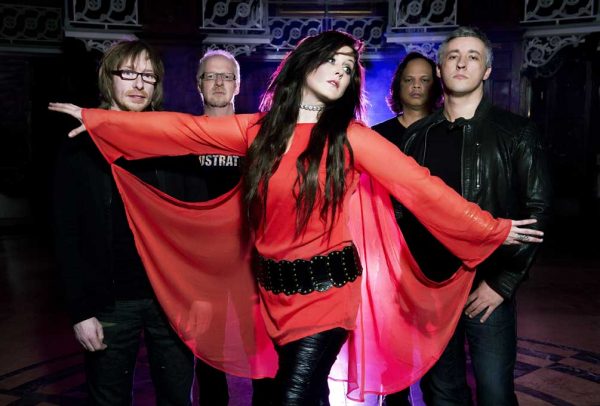 The set was split into two, with a brief interval after ‘Chameleon, and the set recommenced with a bass solo, that most prog of set list items, from Yatim Halimi, before the full band came in for ‘Temptation’, where whoever was responsible for the lights put on a display of the full range of effects at his disposal. After that it was down to an enthusiastic run through of some of their best material, including a slightly rearranged ‘Yasuni’ which, as ever, got a great response from the crowd, plus a surprisingly metal version of ‘Hiding The World’, which allowed Dave Foster more chance to flex his musical muscles.

A few years ago, the band had recorded their own version of ELP’s ‘Bitches Crystal’ for a tribute album, although the album was never issued. Tonight, only a few days after the untimely death of Greg Lake had been announced, this was an appropriate tribute to the great man, although the band’s version is a very dark, bluesy take on the song. Similarly in the encores, as has been the case far too often this year, the band marked the passing of some of the other great musicians in 2016, beginning with ‘Nothing Compares To You’ for Prince, and characteristically, the band put their own stamp on it, giving it a bit of a Country feel, at least until Dave Foster’s highly Claptonesque solo kicked in. Terrific vocal from Anne Marie Helder, too. This moved into ‘Heroes’, for Bowie, obviously, although I have to say, great song that it is, it has become a bit of a cliché these last few months. Bowie wrote so many other brilliant songs as well, after all.

After that, the show ended with ’Sandstorms’, with Anne Marie passing out autographed Christmas cards to as many of the crowd as possible. A Nice touch that rounded off a really good gig. This has been a big year for the band, with their own mini festival at the Robin, then recording and filming their DVD in the Autumn, and the band look to be in very good shape as we move into 2017.