Panic Room could have been forgiven for simply repeating the formula of their highly regarded previous album Skin but they have never been the kind of band to make the same album twice. Incarnate, the band’s fourth release, is lighter in mood and feel than its predecessor and is another excellent addition to an already impressive body of work.

Following the departure of lead guitarist and founder member Paul Davies in March last year, Panic Room have recruited Adam O’Sullivan to their line-up.  The talented and versatile young guitarist from South Wales is an excellent musician but he is very different in style to Davies and that has had a big impact on the writing and arrangements on Incarnate.

None of this is immediately apparent on the album opener ‘Velocity’, built around a spiralling guitar riff and featuring a soaring vocal from Anne-Marie Helder. Thereafter many of the melodies on Incarnate are carried by the keyboards or the vocals, with the guitar utilised subtly to add colour and form to the song.  It works remarkably well; opening up space in the band’s sound for the expressive drumming of Gavin Griffiths, the jazz inflected piano/guitar solos at the close of ‘Nothing New’ and O’Sullivan’s clean, elegant blues guitar on the gorgeous ‘All That We Are’.

‘Waterfall’ with its Roger Hodgson-esque intro is a joyful, melodic piece of music with a huge, expansive chorus and an appeal far beyond Panic Room’s existing fan base. A potential hit single in waiting.  ‘Into Temptation’ was one of several tracks the band unveiled on tour at the end of last year and it’s a track I loved instantly. I’m pleased to say that the studio version totally nails it, with Yatim Halimi’s funky bass weaving around a relentless, rolling rhythm, Jonathan Edwards Fender Rhodes motif running through it and duelling with O’Sullivan and all crowned by a sultry, atmospheric vocal from Anne Marie-Helder. Excellent stuff! The album closes with ‘Dust’; an ambitious, dark, ominous piece of music. It’s haunting – almost gothic in places – and it ends the album on a sombre note.

Incarnate throws prog, rock, pop, jazz, funk and blues into the mix and still sounds unmistakably like Panic Room. The melodies are beguiling and accessible and Anne-Marie Helder’s vocals are remarkable throughout (again!). It’s an album that will please Panic Room’s existing fans but, with the right exposure, it could win them many more. 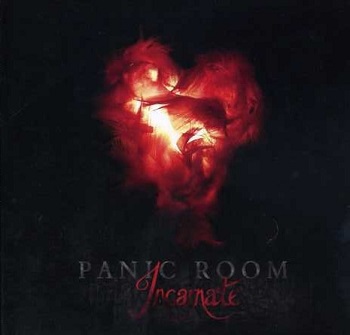