Another cracking little “unknown” album gets the Rock Candy refurbishment treatment. And it was badly needed after “here-today-gone-tomorrow” record label, Krescendo, reissued the album in 2009 on CD, making it sound like the result of a worn-out-vinyl to tape transfer.

Frequently compared to Led Zeppelin and Aerosmith, Ozz was the coming together of experienced funk/blues/rock guitarist Gregg Parker and vocalist, Alexis T Angel (not his real name) in 1980. Their debut, No Prisoners was given the rock’n’roll stamp of authenticity by bringing in legendary producer, Andy (Free/ Humble Pie/ Van Halen/ Satriani) Johns. He could see what others couldn’t. But despite him giving the material the requisite levels of bite and crunch, the album cruised off into no man’s land.

Johns had stopped short of pumping the songs up into clumsy, steroid addled soundalikes, of the kind that stomp all over the radio and storm the charts. And maybe that holding back tricked the public into thinking that there was less here than meets the eye. That’s nowhere better illustrated than on the Stonesy strut of ‘Sail Away’, the CCR-ish ‘Aint No Money’ and the Stone Fury look alike, ‘Hungry Love’. These three, marginally more than the other six tracks, ooze the kind of class that often gets overlooked. And did.

If Only‘s No Bed Of Roses (1992) has so much history you could spend thousands of words describing the album’s uneasy genesis, the delays, losing the vocalist, the re-recordings, and the eventual release into a changed rock’n’roll world. But that’s all well documented elsewhere.

It’s a highly derivative album – a willing prisoner of American AOR. And in fairness, they’ve aimed high – it’s the greats that keeping popping up as comparators – Desmond Child, Jack Ponti, John Waite and many more. But it’s the tracks that dare to be that little bit different that make the most impact. The classy ‘Tumblin Dice’ has seen a few pickup trucks and dirt roads on the way to the studio and ‘I’m No Angel’ sees Greg Hart straining to break free of the eighties AOR songwriting formula, an effort that eventually came to fruition with Cats In Space. The 3 tracks co-written with producer/writer extraordinaire, Bob Marlette, (of which ‘If Love Could Last Forever’ is the pick) fit the genre’s template, but Marlette casts off the straitjacket and makes the songs and the music sound his own.

Tina Egan’s vocals eventually replaced Jackie Bodimead’s, but this Collector’s Edition includes four tracks with Bodimead’s vocals too, plus a bonus live track. A complete If Only history in one CD. 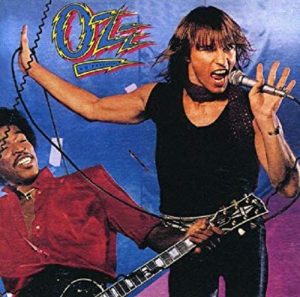 If Only, with Tina Egan on vocals: