Formed in Bydgoszcz, Poland, in 2013, Over The Under dropped their eponymous debut album in 2016 and since then its been full steam ahead. Setting records with their 100% Tour (100 gigs in 100 days), the band are bundle of energy, and that seeps through every note of their third album, Red. It’s a record that seems tailor made for these tumultuous times and swings with a groove that’d make Pantera proud.

It’s certainly true that you can’t judge a book by the cover, but the blood red sleeve which houses Over The Under’s third album is indicative of the sound contained within. The briefest of introductions finds a mortar shell exploding before Over The Under come blasting out of the ruins like the grizzled survivors of a nuclear attack. The band deliver a warlike sound and there’s little respite as the title track delivers a succession of blows that are similar to walking through a field of landmines. The addition of choral voices add another texture to ‘Red’ and give the song a grandiose feel, that’s almost of Wagnerian proportions. Flowing like a river of blood, ‘Red’ is an unstoppable force that sweeps the listener along in a raging torrent, to leave you battered and bruised at its conclusion…and it’s only the first song!

With no song under four minutes Red tends to veer towards the epic, yet none of the tracks sound fussy or forced and they go straight for the throat. Cheekily throwing in a few bars of the Batman theme ‘Surfing With The Evil’ is akin to Metallica jamming with Pantera (and with a hefty dose of Pearl Jam thrown in for good measure). As you’d expect from such an admixture, the result is a brutal affair that, aided by an expansive production, marks Over The Under as one of the most heaviest bands currently inhabiting the groove metal genre. However, Over The Under are a band who defy easy categorisation and they incorporate elements of stoner and traditional metal, while ‘Awake’ has all the elements of desert rock and magically conjures images of Southern California plains stretching beneath a bruised coloured sky.

What I like most about Red is its ability to constantly shift gears; no two tracks inhabit the same sonic space and ‘Letter To Mother War’ arrives with pedal pressed firmly to the floor. It’s an all-out thrasher that hurtles towards oblivion, yet it sits easily next to the folky ‘Bida’. As with the very best three-piece bands (Budgie, Motörhead), Over The Under sound far bigger than their constituent parts and often produce an earth-shaking sound that threatens to blow my speakers. Original members Krystian Borowski (drums) and Karol Korniluk (vocals, guitar) have been joined by bassist Kuba Miaskowski, and the trio really come into their own on the two epic cuts which tail the album. The penultimate ‘Down’ could easily swing with Black Sabbath while ‘Rain’ throws us in a hex with a jazzy/blues vibe and ensures Red ends on an ominous, haunting tone.

As you’d expect from a band who performed 100 gigs in 100 days, Over The Under are certainly no slackers, and while such an itinerary might have broken lesser bands, it seems to have added fuel to their fire. Without skipping a beat, Red arrives fully formed and hopefully it will garner Over The Under some global attention. 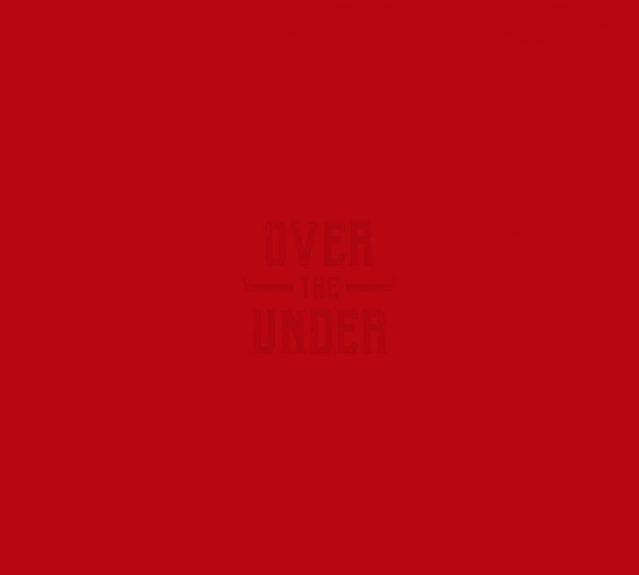