Hardcore punk, perhaps more than any other genre, is a codified form where most bands seem content to exist within its confines. Every so often comes along a band who tear up the rule book and start again (think Glassjaw or Burn).Otoboke Beaver fall into the latter category and are exploring boundaries, redefining what post-hardcore can be and are pushing it towards the avant-garde.

When their latest album Itekoma Hits landed in my hands my initial thought was to draw a parallel between some vapid girl group and Otoboke Beaver but that would have been disrespectful and facetious. Cute women all but that’s where the similarities end. As anybody who’s seen their high octane live show will testify Otoboke Beaver are highly talented and gifted musicians.

Using incendiary songs as their weapons Otoboke Beaver are waging war against patriarchal society, cheating boyfriends and bullying bosses. Each of the 14 tracks contained on the album is like a tossed grenade exploding with barbed words. Itekoma Hits opens with latest single ‘Datsu, Hikage no onna’ and it’s suitably inflammatory. Vocalist Accorinrin sings in her native Kyoto dialect but peppers her words with English phrases “I hate you!” she sings here just in case anything is lost in translation.

Fans of Napalm Death and Extreme Noise Terror will revel in the crossover fury contained herein and, like the very best punk, the songs have all the fat stripped off and take the most direct line to what it’s all about. For example, next cut ‘Akimahenka’ originally appeared on their debut international release Okoshiyasu!! but here it’s rerecorded and they’ve managed to shave a few seconds off. It’s a busy world out there…you’ve got to hit people with it and then get out!

As on ‘What Do You Mean You Have to Talk to Me at This Late Date?’ the bands sound is often perched precariously on the edge of a precipice but it’s skilfully balanced before it topples into chaos.  ‘Love is Short’ (and be sure to check out the Tarantino inspired grindhouse video) is typically fast and furious yet infused with melody and it’s instantly catchy. In moments of surrealism the band will step outside the songs and introduce quieter passages which only serve to amplify the musical madness. Like a band of whirling dervishes, they race through the album with ‘Bad Luck’ and ‘Don’t Light My Fire’ being highlights until we arrive at closer ‘Mean’.

14 songs delivered in 26 blistering minutes will give you a clue as to the fury with which Itekoma Hits is delivered and people who like their music at extremities will love Otoboke Beaver. 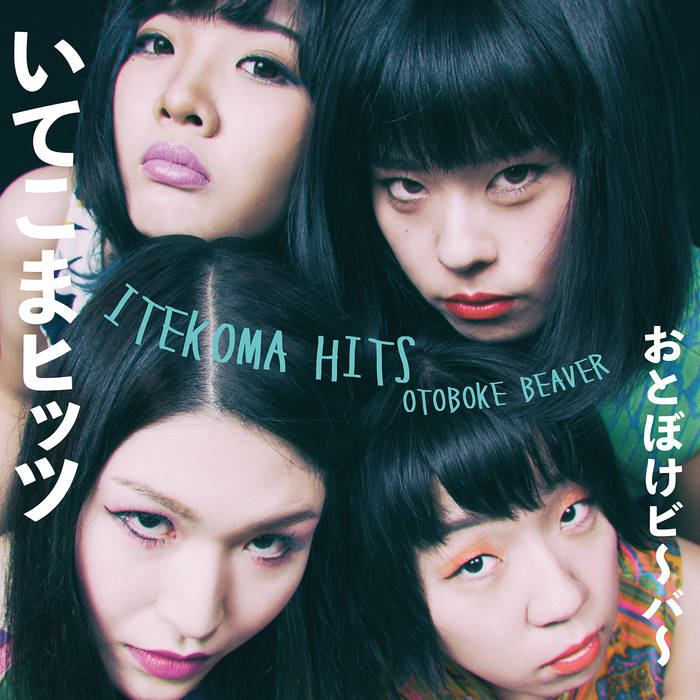