I’ll be honest, I had never heard of Birmingham-based metalcore mob Oceans Ate Alaska until Lost Isles hit my inbox. After asking around some of my Midlands-based colleagues I was pleasantly surprised to hear an excited buzz about the band. And taking inspiration for their name from a mega-tsunami in Alaska in 1958, the band set about creating an unpredictable sound that is as heavy as that 1700ft wave.

Lost Isles achieves the band’s goals of being stupidly heavy and highly unpredictable. At 13 tracks long, Lost Isles is a really good length album, it doesn’t feel rushed or crammed in and yet it doesn’t feel strung out or full of filler. Album opener ‘FourThirtyTwo’ is a classic radio clip warning of the monster tsunami that devastated the coast line, this tsunami warning being quite apt as at thirty seconds in, a rising tide of glitchy guitar riffs and machine gun drums enters. This tide of unpredictable technical metal swirls and shifts constantly, like a raging riptide that pulls you in and keeps your head under the waves.

The album crashes through the thunderous ‘Blood Brothers’ and the hardcore-tinged ‘High Horse’ before reaching one of the pinnacle tracks on the album, ‘Vultures and Sharks’. With verses that wouldn’t sound out of place on a Suicide Silence album and clean vocal choruses, this track capitalises on the bands ability to blend unpredictable styles to really liven up the basic metalcore structure.

After a few times listening through Lost Isles I’m still really stoked with the musicianship, riffs, song-writing and overall vibe of the album. The only thing I can pick on – and this is purely personal preference – is that some of the clean vocal elements feel a little anticlimactic. I love how this album broods and flows its heaviness like a tidal current but sometimes the clean vocals just seem to take the punch out of certain tracks.

For a debut release, I am more than a little impressed with Lost Isles. Oceans Ate Alaska should hold their heads high knowing they have created a banger of an album. I look forward to hearing more from them in the future. 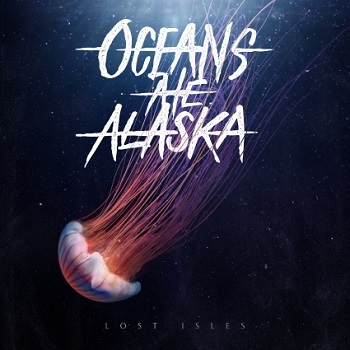