US death metal innovators Obituary have just released album No.10 , via Relapse Records on March 17, 2017 – Paul Castles sees if it matches the brilliance of their earlier work.

Obituary is a name that looms large in the mind of any death metal diehard, making the decision to self-title their tenth full-length release all the more surprising. Obituary already command respect from north pole to south, and if you ain’t on board with these South Florida veterans by now then I guess that ship has well and truly left the harbour. But as far as Obituary goes – and that’s the album not the band I’m talking about – that’s the only grumble, and even that is to some extent at least a little tongue in cheek.

Since releasing Slowly We Rot in 1989 Obituary have firmly carved their devastatingly heavy approach into the death metal annals, through subsequent killer albums such as Cause of Death (1990) and Frozen in Time (2005). What has set them aside from many of their contemporaries has been their marvelously muddied sound and willingness to bring the tempo down to an almost funereal pace at times, thereby stretching their popularity beyond those who feel death metal is only being performed properly if blood is pouring from your ears.

Obituary were undoubtedly one of the highlights of Bloodstock 2014 when a number of tracks from their just released album Inked in Blood contributed to what was one of the heaviest sets over the three days. That album in many ways signaled something of a renaissance for the band coming as their first new release in five years. Obituary is no less pulverizing. In fact this is the kind of album you really want to keep edging the volume knob upwards until the whole room is shaking in appreciation.

Obituary explodes into life Slayer-style with ‘Brave’ which is the fastest and shortest track of the ten, little short of a ballistic missile that takes down everything in its path and even quite a lot from the sides as well.

It’s followed by ‘Sentence Day’ which is another full-on number, John Tardy hollering away while his brother John displays his lightning speed and command from behind his drum kit. Towards the end Trevor Peres and Kenny Andrews engage in a riotous riff war, each landing solo strikes as the bar is shoved upwards to fever pitch.

Things really get serious when the pounding rhythm of ‘Lesson in Vengeance’ kicks in with enough meaty grooves to spark a riot at a vegetarian convention.  A little speed is sacrificed but as always with Obituary the power isn’t and this pounding number warms the veins with a hefty hook midway adding an extra layer to the already masterfully made grooves.

The feelgood factor continues to work its magic on the magnificent ‘End It Now’ which again features a mighty breakdown with Tardy gargling like Geronimo before going into battle. This is serious death metal titanium as Obituary pour their energies into creating anything to match their extensive 30-year back-catalogue. This is the sound of the Florida swamplands and Jesus whatever’s under the surface you don’t want to join it.

‘Kneel Before Me’ has a rumble to it that’s hard to resist, full of menace with the levels heightened by a spiky solo that cuts through the maelstrom like a shard of broken glass. Everything you could ask for from a death metal track is here, tempo changes, fuzzed up riffs and grooves that could slice open up a canyon. If this one forms part of future lives sets the pit stompin’ is likely to result in a visit from the health and safety brigade afterwards to make sure the foundations are still holding firm.

Obituary actually reign it in on the doomier ‘It Lives’ with the sinister Tardy sounding Kruger-like with his devilish deep moans and groans stretched out over a deep strip of sonic cuts.

‘Betrayed’ is a fist-pumping three minutes of furious aggression while the longer ‘Turned to Stone’ is another measured masterpiece, the fuzzed up riffs carrying the whole sonic savagery relentlessly forward, laid bare over the metronomic beat from Donald Tardy with John at his bestial best shredding his voicebox raw. The relentless pounding exit is another great finish.

The album stretches to half-an-hour which may be a shade short although there’s little if any wastage here. Every blow connects, there’s no time-filling sparring going on. ‘Straight to Hell’ mixes things up, with a stop-start section early on before it settles into a riveting rumblefish of a groove. The Tampa titans sign off with the juggernaut ‘Ten Thousand Ways To Die’, having firmly reasserted their credentials as one of death metal’s most exalted exponents of this, or any other, generation. 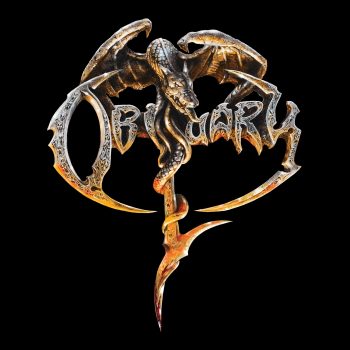