The debut EP from Birmingham’s Obiisss may only last about nine minutes but the three tracks within the ironically titled Female Fronted is Not a Genre do more than enough to leave you gasping for more of the same.

There’s a real infectious punk vibe whipped up by this dynamic duo with opening number  ‘Bro (not feeling you)’ going off like a hand grenade from the first rhythmic rush. As the title hints, Obiisss do indeed have a female vocalist and a very good one in the compelling form of livewire Holly Johnson.

With Holly’s vivacious personality bursting through your speakers, the band’s driving force Paul Kenney gets to work with the instrumentation, assembling a bubbling concoction of racy riffs, tub thumping percussion and presented on a fiery bed of melodies with more hooks than your average angler’s rucksack.

Kenney of course is a familiar figure to those who have had their ear to the Birmingham extreme metal scene over the past couple of decades through his associations with Mistress, Fukpig and the doom outfit Kroh. Holly has made her mark with Nottingham stoner/doom trio Dark Mother and this enterprising new union will hopefully prove fulfilling for both artists. 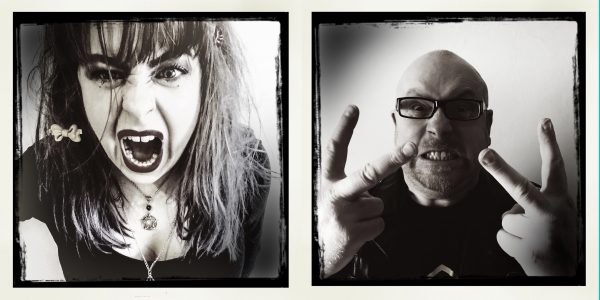 When Kroh sadly went their own way, Kenney picked up the pieces and set about assembling another outfit – although it’s clear from the off that Obiisss are a complete breath of fresh air. While Kroh were full of smoky atmospheric doom, Obiisss have an almost childlike enthusiasm, unashamedly in your face and with more top spin than an Australian bowler.

The raucous in your face opener sees Holly sway between angry barks and more saccharine vocals played out evenly across a dynamic discourse of deviating thrusts. Second track ‘Vague’ is more intimate, a soft slow intro steadily building into a surging swaying channel of riffs similar to the likes of US outfits Garbage and L7 at their peak.

‘Paranoia’ successfully maintains the buzz to the end. All three tracks were put together during a high intensity session at Kenney’s Brum studio and hopefully a full album and some live shows will be heading this way before too long. 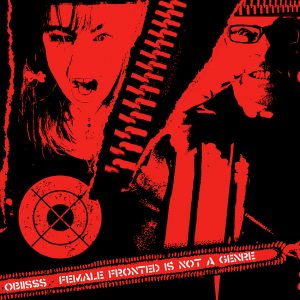