New York hardcore veterans AGNOSTIC FRONT simply can’t rest: after haunting the US East Coast in spring and playing an extensive European summer tour, the group is now about to conquer the US West Coast clubs alongside their brothers in SICK OF IT ALL as well as CROWN OF THORNZ.

And that’s not the end but rather only a warm-up for AGNOSTIC FRONT’s next return to our continent in support of their latest studio album, Get Loud!, which they are pleased to announce today: the run will lead their way through 21 cities in eight countries, including the UK, accompanied by no others than CHARGER, SPIRIT WORLD and LAST HOPE.

You can order current album Get Loud! right here. 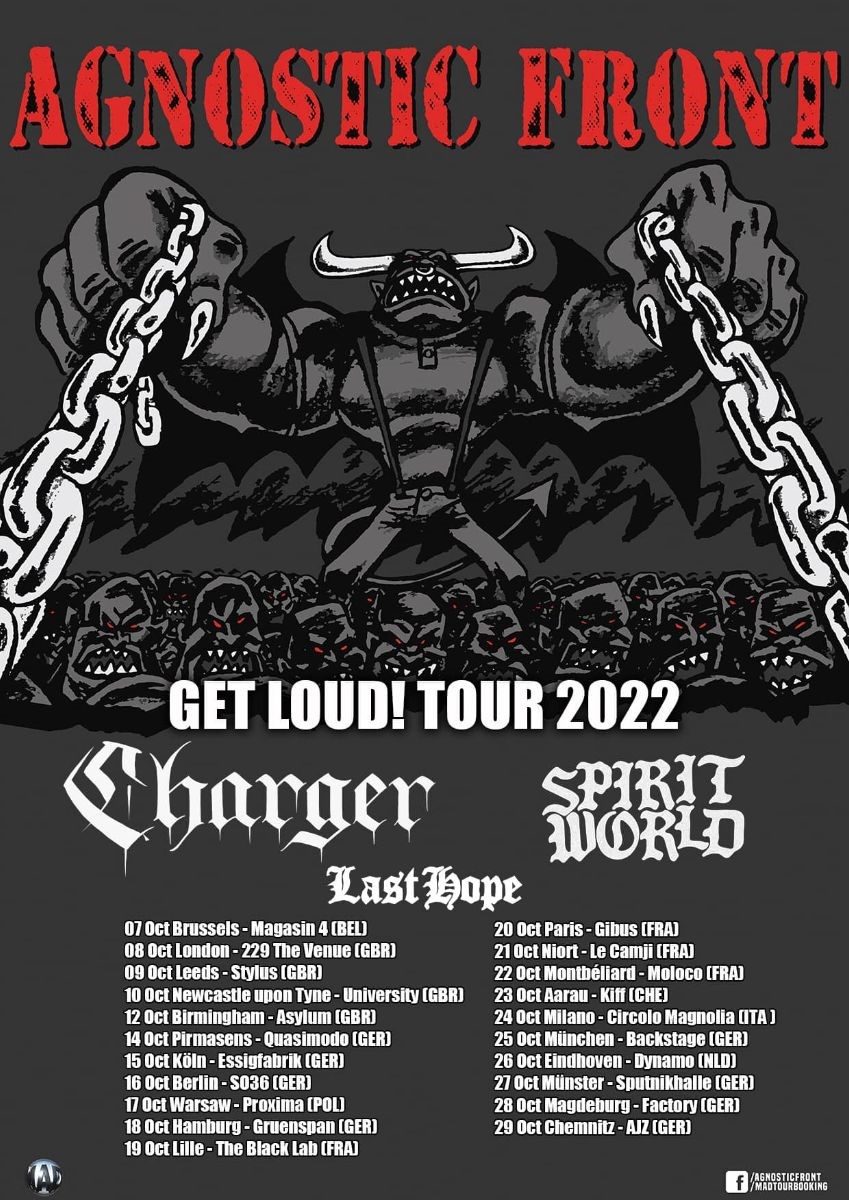