California’s Nuclear War Now! Productions have long been releasing the filthiest, blasphemist (I think that’s a word), and blackest deathest metal since 2001. If there’s a label that can be said to be searching the darkest corners of the underground for releases, then it is they. And so, MR’s Jason Guest lends his ears to four upcoming releases from the label:

Blasphemy’s Fallen Angel of Doom… is getting another re-release and so everything that’s ever been written about this album will now fill the pages of countless gushing websites. But you don’t need to read another article about how Canada’s “best kept secret” were long on the “scene” before Burzum or Emperor released anything. Nor do you need to read yet again about the frantic riffing, the maniacal lead breaks, the spat/puked/barked vocals, the murky “production” or the satanic psychopaths that shat this blasphemous and sloppy slab of sickness into the world. You don’t need it and the album doesn’t need it. This album has a life of its own. It doesn’t need support. Released in 1990, it’s nailed into black metal history and isn’t about to disappear. All you need to know is that it’s available again. This still kills! 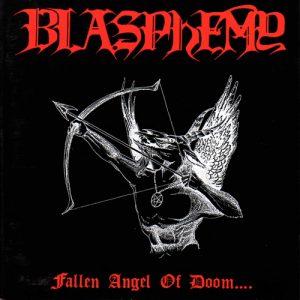 NWN must have dragged up every toxic waste drum ever dumped into the ocean to find these recordings. Producing four demos – one a recording of a rehearsal – between 1986 and 1989, Brazil’s Insulter split in 1994. If it wasn’t because they recorded nothing else in that five year interim, I assume it was because the shittest cassette recorder ever used to record material on crapped out on them and they couldn’t afford another. Bollocks to the “lo fi” or the “raw” excuse, this all just sounds shit.

As for the tracks, well, with their 1986 The Insult demo, it appears that someone was barking profanities at one end of the room while someone else chased wasps around the studio with a microphone and another kicked and punched a load of cardboard boxes around the floor. Tracks? Not a clue. 1987 and with the Black Church demo, it appears that they’ve invested in a new recording device (a second-hand Dictaphone or a knackered old answer machine probably) because lo(fi) and behold, it sounds like there are instruments being played and they’ve managed to form something resembling “songs” but the playing is sloppy, the band sounds unrehearsed, and the tracks lack any punch, hook or bite.

Okay, so third time lucky perhaps? 1989’s Ignoring The Falsity sounds a bit better but there’s nothing special here. At all. Three years in and their playing is still sloppy, the song-writing is amateurish, and there’s little indication that they will ever improve. If only the 1988 Rehearsal could save them. But you know what they say: you can’t shine shit. Reformed in 2012, if they release anything new, let’s hope they’ve improved. The three years between their first and fourth demo showed little improvement so by now they should have learnt something. Probably. If you’re a kvlt completist willing to spend hours, days, weeks, months deciphering this, then this is right up yours… 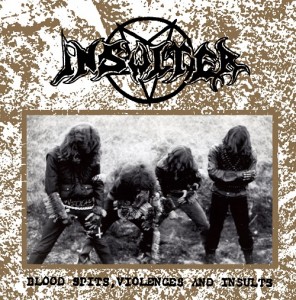 Apparently, on their initial release, the 2011 debut album, Tragedies – Liber Hermetis, and the 2010 demo, Alchimete of France’s Ysengrin – the malicious and malformed brainchild of multi-instrumentalist and vocalist Guido Saint Roch – didn’t get the reception the deserved. So to rectify that, NWN have put them together in one double-vinyl package. Listening to them now (I missed them first time around too; I must have been busy that day), NWN is doing us scumbuckets a big favour because this is a gem.

Death and doom-laden backdrops blessed with a ripped vocal delivering all kinds of esoteric and otherworldly insights, while the atmospheric side of the album is given the weight it demands, the production is raw and organic. Yeah, it’s lo-fi and you’ve probably heard demos of better quality than this in recent times, but there’s an honesty, a bluntness, a particular candour about this recording that is a cut above the countless out there that attempt to disguise their weaknesses as “the real thing”.

The song-writing, for one, is intricate and thought out; there’s a goal, a purpose in mind. Take ‘Crvcifiement’ as an example. A two-minute piece based around a melodic, rhythmic and repetitive bass guitar line, the synth that swirls in the near-distance adds a characteristic that is subtle but distinct enough to elevate it beyond that status of “instrumental”. In stark contrast to this is the next track, ‘Temphomet’, a jarring and raging yet meditative piece that embodies black metal blaze and melodic might. Elsewhere, we have acoustic guitar with a Spanish twist (‘Non Povrtant Je Vy Choses…’), ripped-to-shreds guitar mania (‘Hors Dv Siecle’) that Steve Vai could neither replicate nor originate, horror-infused reverberating piano tones (‘Ovvertvre’ and ‘Iose’, and effect-laced instrumentation geared more towards sonic depth rather than musical flash. It might go on a bit here and there and you may need a break but together, we have a veritable smorgasbord of unearthly delights. Why NWN put the 2010 demo after the 2011 album is beyond me. Stick them the other way around and the band’s apparent development makes for a more rewarding listen. 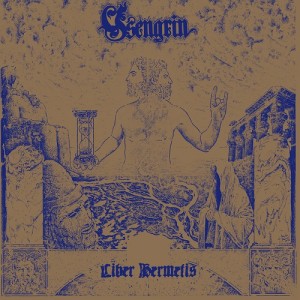 Now writing under the moniker Witchcraft, in their three-year existence Finnish bestial black metal trio Black Feast released a bunch of demos, splits and rehearsal compilations. Larenuf Jubileum brings together material from between 2010 and 2011. With a vocalist barking like a bastard, a guitarist weaving grotesque and violent delights out of merciless riffs and a drummer rhythmically intoning the dead, this band had a lot to offer. Listening to Witchcraft, their “direction change” and development has proven an interesting one and I assume an album is imminent. This collection however proves more “interesting” than exciting. Another one for the completists. 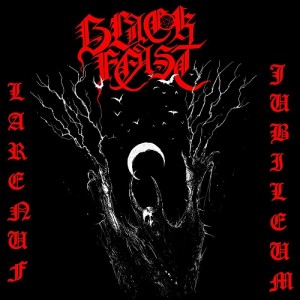