Too much of a good thing…

Ok, many of you who have taken the time to listen to the above song may be scratching your heads, asking yourself why this is being reviewed here. Bear with me, there’s a link to the big old world of rock. Jason Lindner, main man and keyboardist of Now Vs. Now, also played keys on David Bowie’s majestic swan song, ‘Blackstar’. This is his bands latest release and, while being bereft of anything six-stringed, it’s interesting, challenging and groovy.

But you’re right, rock this most certainly isn’t. But then nor is it really jazz. What it most resembles is mellow electronica but with definite hints of jazz, funk and soul. It exists in its own little bubble, creating mellow grooves and rolling with them, not really going anywhere but doing it all with a certain lazy panache.

The tone is set by the sound of a video cassette being inserted, rewound and played, we then get a retro 80’s synth movie intro and we’re off into ‘Cloud Fishing’. It’s minimalist and soundtrack-like, it’s warm, analogue synths opening out onto a nicely chilled vista. There is much wonkiness, a la Thundercat…there will be much more of this.

There is very little showboating here, they don’t need to. This is all about vibe and groove and these are established effortlessly. ‘Glimmer’ moves from an almost-solo into an ambient balm and from there into an electric piano solo before drums and bass bring back the funk. ‘Motion Potion’ is darker, more aggressive, the soundtrack to a stop motion robot apocalypse, and you can dance to it! It’s eminently nostalgic yet simultaneously contemporary.

The 8 1/2 minutes of ‘Dichotomy’ are a definite highlight. It’s unhurried momentum and sleepy groove are suddenly kicked sideways by electric piano and urgent drumming, special mention here to drummer Justin Tyson who rocks out and brings the song to a breathtaking crescendo.

The songs continue on their way, interspersed with frequent 1 minute palate cleansers of sound effects and brief oddness. The format begins to grate a little, not that it isn’t a good album but it’s a tad too long and repetitive. A touch of judicious editing wouldn’t have gone amiss. Songs and interval pieces begin to sound a bit samey, these 13 tracks do begin to feel like quite a long haul.

We end with more John Carpenteresque minimalism and EDM beats and, finally, a drone and a ticking clock. It’s a good album but not a game changed. It’s chilled, well played but overstays its welcome somewhat. Cautiously recommended to those with an ear for an occasional electronic chill out. 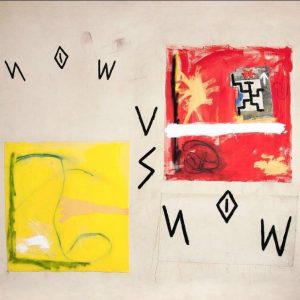