Their previous (and second) album, 2012’s All Is Mist and Fog (reviewed here), saw Australia’s Norse’s blackened death metal take on a more progressive approach that gave their nihilistic misanthropy a depth that had only been touched on with their debut, 2010’s Hellstorm. Since 2012, one half of the founding duo, guitarist and vocalist Treelo has left the band (discussed in our interview here), and left Forge (previously Frog) at the helm of this demonic beast of a band. And it has to be said that this latest release entitled Pest marks a distinct progression for the band and, frankly, All Is Mist and Fog pales in comparison.

The production is sharper, the sound harsher, and the tracks are all relentless and vicious. The elaborate design remains but there’s something unhinged about this, as if Forge has found greater depths within his darker side that have proffered some new insight into the possibilities that this band allows. The riffs are twisted and bent out of shape, the structures intriguing, even unpredictable, the dynamic control is torn and mangled, and every track has a bite of such severity that the wounds left by each track have no time to heal before the next chunk is taken out of your skin. Where their previous release brandished precision as their crowning glory, this is an angry and corrosive cesspit of acidic cacophony and ire. The next album has got a lot to live up to already. 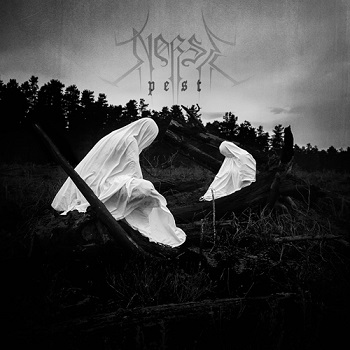