Night is the band formed by Chris Thompson between stints with Manfred Mann’s Earthband. They released two albums in successive years, with the self titled debut (1979) being produced by the legendary Richard Perry for his own label, Planet Records.

Forty years later the production and the arrangements seem disappointingly conservative. The blues rock of the late seventies had begun to break off into AOR, Melodic Hard Rock, Glam and a dozen other splinter groups. These albums, especially this debut, seemed to flounder, unable to stake out the right piece of rock’n’roll territory, often placing too much emphasis on MOR, even when the source material is crying out for an undiluted interpretation. Like their easy listening versions of Rudy Clark’s much covered ‘If You Gotta Make A Fool Of Somebody’ and Smokey Robinson’s soul classic ‘Ain’t That Peculiar’.

That said, the airbrushed, friction free opening track, ‘Hot Summer Nights’ scored a number 17 position on the Billboard Charts. As did ‘If You Remember Me’, a Carole Bayer Sagar/ Marvin Hamlisch confection, parachuted in from the movie “The Champ”.

Surprisingly, for such an accomplished vocalist, Thompson seemed happy to share vocals with Stevie Lange (wife of Robert ‘Mutt’ Lange). She had considerable presence, but Fleetwood Mac had cornered that particular market.

The band and its management took what they very reasonable thought were two significant steps on the follow up, Long Distance (1980).They brought in producer, Tim (Praying Mantis/Talk Talk) Friese-Green to toughen up the band’s sound, and enlisted the songwriting skills of long time Rod Stewart collaborator (and Steve Jones, John Mellencamp, Daryl Hall and and and), Kevin Savigar, to mainline some hit songs into the band’s musical bloodstream.

Friese-Green executed his brief successfully but the album’s coherence drops off as we move through it. When each song is chosen simply for its intrinsic value – as is clearly the case here – then the whole ends up less than the sum of those parts.

Surprisingly, despite Savigar’s three song contribution, it’s Thompson’s songs that catch the ear. His energetic, hard hitting opener, ‘Dr Rock’ hits a few spots, but is eclipsed by ‘Love On The Airwaves’, an immense melodic rock song, expertly tailored for FM Rock Radio, with echoes of ‘Blinded By The Light’ and ‘Davy’s On The Road Again’ ringing in its grooves.

Later in the album, Todd Rundgren’s ‘You Cried Wolf’ adds a touch of class and sophistication . . . Lange comes alive here, then spoils it by overcooking her vocal on the fragile melody of the Eric Bikales song, ‘Miss You (Like I Do)’.

And that’s the story of Night right there.

The crystal clear remastering and all round packaging is what we have come to expect from Rock Candy. For once, it only serves to underline what could have been rather than what was. 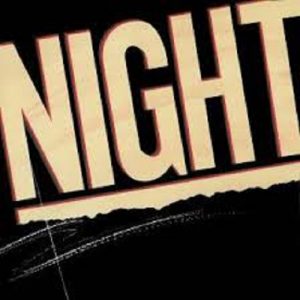 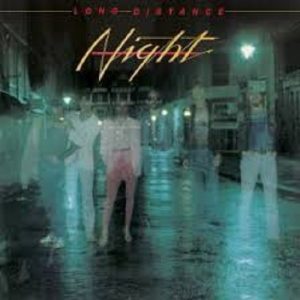