New Order recently returned to live performance with a triumphant hometown show at Manchester’s Heaton Park, their biggest ever in the city.  They will be back at The O2, London on November 6th for a sold out show and are extending an invite around the globe. 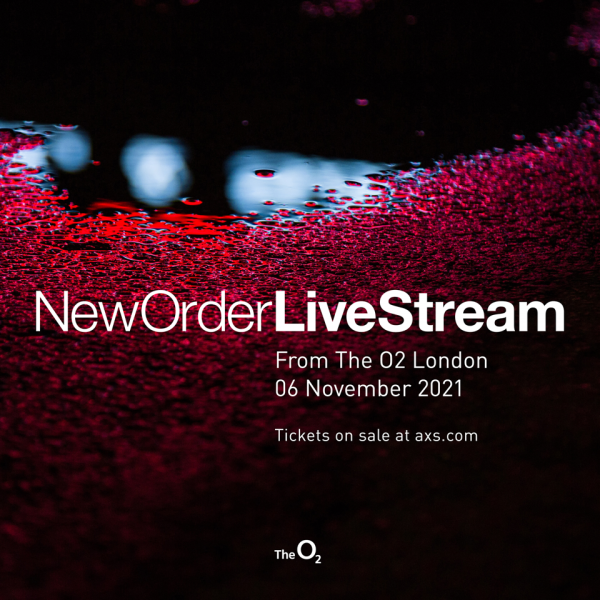 Today, they announce that fans anywhere can join a live stream to experience the night for themselves.  After nearly 18 months where the band have been unable to travel during the pandemic and have postponed gigs in the USA and Japan, New Order wanted to reach out and share this live show with as many people as possible.

“We were so looking forward to seeing everyone on tour by now. It has been frustrating not being able to play live in person, but this is the next best thing. It feels right to bring everyone together around the world through whatever means possible. This is a special show for us and we want to share it with you all.” – New Order

New Order’s first-ever show at the world’s most popular venue and ​​their first show in London since Alexandra Palace in 2018 will be live streamed by Live Here Now.

Stage time is 8.45pm GMT – the stream will then be available for 72 hours.

New Order premiered new single ‘Be a Rebel’ last year during lockdown and recently released ‘Be a Rebel Remixed’, the full set of 11 remixes from some of the best producers and DJs on the planet.

They will be celebrating the 40th anniversary of their debut album ‘Movement’ on November 13th  by releasing their ‘Taras Shevchenko’ film to Youtube. New Order’s predecessor Joy Division will release an anniversary, special vinyl edition of album ‘Still,’ out February 11, 2022, exclusive to https://store.neworder.com/uk/ .