There can’t have been many albums that had such a complicated backstory, at least without going the full Fleetwood Mac, as this one. Danny Vaughn’s third solo album is a collection of songs, some of which he’s had put aside for a lot of years, that didn’t fit into his career with Tyketto or his other solo work, songs he called his ‘orphans’. In planning the album, he utilised Pledge Music as so many artists had done, to fund the album, and raised a significant amount over his target within a very short time. However, when time came for Pledge to release the funds, they transferred a lot less than was agreed, confessing they didn’t have the wherewithal to repay the whole sum, at which point Danny went public. His video, published on his website, Facebook page, and ultimately on Youtube, set off a series of shockwaves that are still reverberating around the music business. He urged those of his fans who had pledged using their credit cards to reclaim their money, which a fair number did, and when the word passed around, other artists, including some quite big names, discovered they had the same problem with Pledge, with some revealing they were owed anything up to $100,000. The end result was Pledge Music collapsed with substantial debts, and the full effects on the music business will be felt for some time to come. Meanwhile, Danny Vaughn’s team organised a Go Fund Me campaign and a fair proportion of the monies returned from Pledge were donated again, allowing him to make the album he’d wanted all along, and despite the trials and tribulations of the last year, the end result is a little bit special.

If you’re a fan of Tyketto and Danny’s previous solo albums, this record may come as a surprise. Here he’s looked to his songwriting influences like Tom Petty, Springsteen and Tom Waits, and he was also inspired by the success of Tyketto’s DVD shoot in 2018, where the band rearranged some of their most popular songs to include string and brass sections and backing singers, and gave the songs a proper makeover, and that gave him the confidence and freedom to apply the same principle to these songs. This freedom is rarely better illustrated than on the opening track, ‘The Ballad of King John’, which, driven along by Elizabeth Prendergast’s lively violin, takes you straight into the middle of a boisterous folk night, with a seriously infectious chorus. It’s the folk, country, even Americana influences that strike you most about this record, and combined with Danny’s customary ear for a terrific hook and his ability to tell stories with his lyrics that make this record sparkle.

The songs, without exception, are excellent, from the Eagles influenced ‘Man or Machine’ and ‘The Good Life’ to the Steely Dan like blues of ‘Something I Picked Up Along The Way’, which has one of Mr Vaughn’s best ever vocals in my view, by way of the haunting ‘Black Crow’, it’s almost difficult to pick out obvious highlights. Mention should be made of ‘The Missouri Kid’, which he says was the first song he ever wrote, and here becomes a Springsteen like tale of the New York City streets, ‘Point The Way’, which knocked me out the first time I heard it, then played with just voice and guitar, with its spoken verse leading to a terrific chorus, but this version with more of Liz Prendergast’s immaculate violin, is even better. Equally good is ‘Deep Water’, a song Tom Jones might care to get his hands on, a blues with a big brass backing, and ‘Kelly’s Gone’ which has a lighter touch, with that violin taking it almost into bluegrass territory.  Two more outstanding songs round the album off, the seven-minute epic tale of a sea voyage, ‘Seven Bells’ and to end the record, ‘What You Left Behind, a gentle and poignant tribute to Danny’s late mother, with Emma Bryden’s cello lighting up the sad and yet uplifting lyrics.

It almost goes without saying that Danny’s vocals on the whole album are absolutely outstanding, and he’s also backed up by some excellent performances from the other musicians. I could wax lyrical about Liz Pendergast’s violin for a long time, but it would be wrong not to mention the work of Emma Bryden, Nigel Hopkins on keyboards and Chris Buck on guitar. It’s easy to see why Danny wanted these songs to be heard, there’s some tremendous music here, and arguably some of his best ever lyric writing. He’s already played some of this material in his solo acoustic sets and I don’t doubt that many of them will be included on his forthcoming tour, which includes shows in Nuneaton Queens Hall, (19thJuly), Stoke Eleven Club (29thAugust) and Birmingham Asylum (August 30th). But I can’t help wondering if it would be possible to bring all these musicians together and play these songs as they were recorded, even if only for one or two shows, because that would really be something worth hearing. Perhaps that’s a flight of fancy at the moment, but until then, Danny Vaughn can content himself with the knowledge that he’s made a fine, fine record. 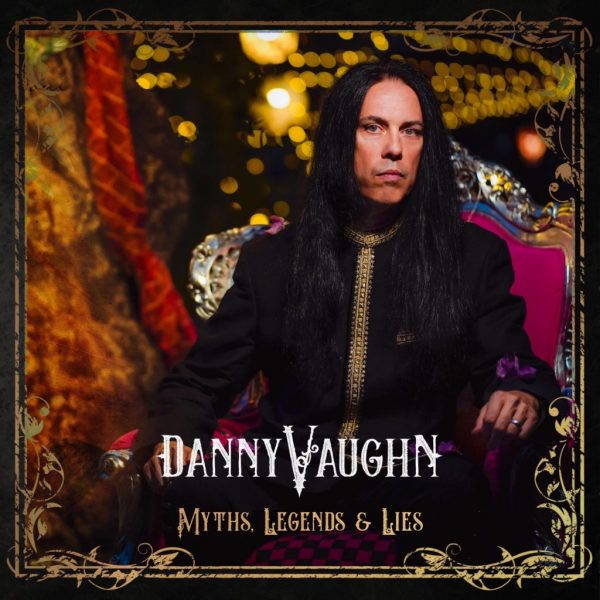