Unquestionably a masterpiece from a ridiculously talented performer…

Yes, Allan realises it’s currently the year of the dog on 9 March 2018

By now everybody probably knows exactly who Myles Kennedy is, but just in case there are a few people out there who’ve somehow managed to avoid him thus far, he started his musical life as a guitar teacher and session musician. After a stint as the lead guitarist in an instrumental jazz ensemble called Cosmic Dust, he moved into alt rock with Citizen Swing and then into The Mayfield Four.

However, most people know him for his work after this point – particularly for Alter Bridge and as the leader of Slash’s backing band, Myles Kennedy and the Conspirators. This album is somehow his first solo offering – and he’s chosen to go acoustic with it.

I know I’ve probably lost a lot of people with that single word, but it gets more interesting. Turns out the album is named for the Chinese year that his dad died in – 1974. The album itself is all tied into that theme – trying to understand why his Christian Science-involved father chose not to seek medical attention for an illness, leading to his death when Myles was only four years old, and about the effect this had on those left behind.

So, not much in the way of happy, bouncy stuff, then.

What we get, instead, is a series of beautifully instrumented vocal-led numbers with Kennedy’s trademark searing vocals over the top of guitar work that varies from blues to country to folk. It’s not limited to just guitar, though – Myles throws banjo, lap steel, and mandolin into the mix, and there’s bass and drums courtesy of Zia Uddin and Tim Tournier respectively filling in the rest of the gaps.

To be honest, it’s been a struggle for me to review this – it’s a stunning piece of art for certain, but the subject matter doesn’t exactly lend itself to an easy listening experience. In terms of performance, it’s every bit as stunning as you’d expect from one of the most accomplished vocalists out there (even if he is toning things down to suit the lower-key tonality of the album). What may surprise a few people is quite how good his guitar work really is – there’s really nowhere to hide when playing clean acoustic songs, and it’s absolutely flawless in that respect.

But it’s a big departure from his usual work, so people expecting the bombastic arena rock of Alter Bridge or Slash will be disappointed not find this here. It is also an absolute heartbreaker of an album at times – particularly for anyone who’s lost a beloved parent and struggles with it. If you have, too, then you’ll recognise the soul-searching and the pain Kennedy has poured into these songs, and it’ll speak to your own. While songs like ‘Mother’ and ‘Love Can Only Heal’ are uplifting, there’s only so much I can take – I’ve had to review this either by ignoring the vocals entirely, or listening in small doses and giving myself time to recover with happier music in between.

Kennedy’s catharsis has resulted in a beautiful, heartfelt album that speaks of finding hope in the darkness, and ends with the hope that we can all find ‘One Fine Day’ at the end of our own journey. It’s unquestionably a masterpiece from a ridiculously talented performer, but it’s not always an easy ride. 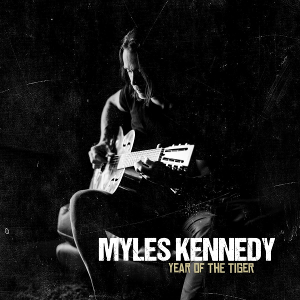