Released by Cleopatra Records, USA and reviewed by Brian McGowan

Worried that no early eighties’ Finnish Goth Rock albums are being reissued nowadays? Here’s some good news for you: Cult Finnish band Musta Paraati‘s Peilitalossa album, from 1983, has been raised from the dead and reissued by Cleopatra Records, with several tracks from their follow up album, Karmeet included as bonus material.

(In one of those nice twists of fate, Jyrki 69, of the 69 Eyes, who championed the band during frequent US tours, is now the vocalist with the reformed band).

The band’s mix of Joy Division’s raw power and The Cure’s adolescent gloom – probably best displayed on ‘Metallia’, ‘Elaimen Kula’ and ‘Peilitalo’ – takes a number of dramatic sweeps throughout the album’s 23 tracks. In fairness, their own funereal warblings frequently emerge from the album’s soundscape inventions, merging dream-pop and droning rhythms to great effect, especially on ‘Olet Kuva’ and ‘Romanssi’.

The more astute among you will have twigged that the material is performed by the band in their native tongue, though often in their soulful, mournful songs they create an atmosphere that strikes an emotional chord, just as lyrical as the right words in any language.

Unfortunately the band’s star waned almost as quickly as it ascended, burning out after only two full albums. It’s good to see them getting this deserved attention from Cleorecs. 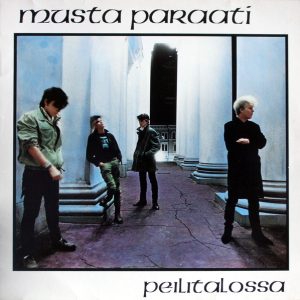