Long out of print album from the band that planned to be Blackthorne for more than one offering. Then Bonnet went back to Australia… cue David (Giuffria/DWB) Glen Eisley joining mainman Bob Kulick, Jimmy (New England) Waldo, Chuck (Quiet Riot) Wright and Jay (Hurricane/Unruly Child) Schellen. Enter Murderer’s Row. And again Kulick has worked with the label to include a second disc of rough mixes, as he did with the Skull reissues.

This was 1994, and arguably, they deserve respect for not selling out. Plenty of bands did. But the music on this album now seems conservative, if not regressive… given that all around the Grunge phenomenon was re-calibrating pop and rock culture.

At best, the music is workmanlike. There was no really gifted songwriter in their ranks. In fairness though, the band’s recycled ideas and wornout grooves are camouflaged by Kulick’s tight, tight guitar dynamics, pushing the album along at a fair old lick.

The exceptions come early on. ‘Blood On Fire’ is a pounding hard rock song, with an aggressively infectious chorus, and there’s an emotional urgency to ‘Suicide Saloon’, a modern day cowboy’s lament. But probably ‘India’ is the standout. The Sitar-like guitarwork and the Eastern rhythms are well executed exotic touches, not quite Kashmir-esque, but perfectly calculated to evoke a distant culture and continent. Kulick’s bonkers axe solo just adds to the atmosphere.

Rough mixes can be revealing. CD2 gives us entertaining glimpses of the development work that goes into the making of the final cut.

And you can immediately see that the stripped down versions of ‘Raven’s Eye’ and ‘Overdrive’ point to engineer Pat Regan’s skill in transforming both tracks into what we hear on disc One, and yet ‘Hangmans Moon’ is virtually untouched, and is the better for it. It’s not a particularly great song, but one of the few that shows up Eisley as being as an outstanding rock vocalist.

Hours of listening pleasure for the obsessive. 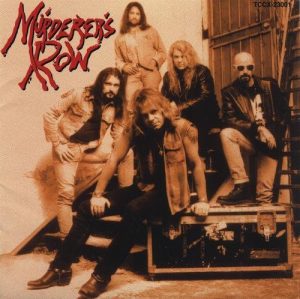