A fitting tribute to one of the most underrated bands around…

During his 50th birthday Scott Ian (Anthrax) 50th birthday had the luminous idea to play a set of covers from Mother Superior, a criminally neglected rock band that made some waves in the nineties, but never manage to really break through to a wider audience. He invited a couple of his friends, including drummer John Tempesta (The Cult, Testament), bassist Joey Vera (Armored Saint, Fates Warning) and Mother Superior singer/guitarist Jim Wilson and made the whole thing happen. Reportedly they had so much fun they decided to enter the studio and record a set of MS covers. Ride is the result of their collective efforts..

Given the names and talent involved it’s no surprise there’s a lot of buzz surrounding Motor Sister and Ride. Although this is an album full of covers it’s a far going through the motions type of affair in order to fulfill contractual obligations for instance. Here’s a group of genuinely talented people at work having a ball recording all these tunes. Mother Superior was never a metal band, so it’s funny to hear Ian’s guitar playing add a punk/metal vibe to songs like ‘This Songs Reminds Me Of You’, ‘Fork In The Road’ and ‘Whore’. Ian’s metallic assault really complements Jim Wilson’s more rock/bluesy approach really well. Another compliment should go to John Tempesta. His energetic drumming really brings Ride to a whole new level.

Ride was pretty much recorded live in the studio under the guidance of producer Jay Ruston (Steel Panther, Anthrax), which also explains the raw high octane feel of this album. Another major plus is the diversity of the material itself. It’s a good mixture of faster tracks (‘Fork In The Road’) to more midtempo material (‘Little Motor Sister’) and even some bluesy ballads (‘Fool Around’). This record really has something to offer for everyone.

Scott Ian and co managed to deliver a very spontaneous and fun record to listen to. Ride may not be a contender for album for the year, but it’s a great musical nugget when you’re travelling around or when you’re just in the mood to let it all hang out. Above all, it’s a fitting tribute to one of the most underrated bands around. Mission accomplished! 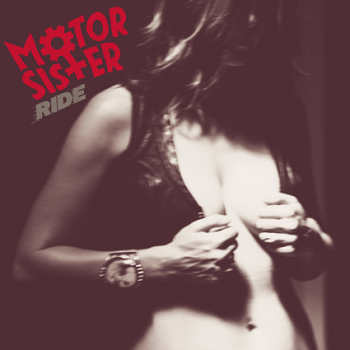