While Allan Jones was trying desperately not to accidentally mistype the band’s name while writing, this was released through Metal Blade Records on 13 May 2016

At first glance, Metal Blade Records does not seem like an appropriate home for the softly-named Mother Feather. Sharing a label with the likes of Amon Amarth, Cannibal Corpse, and Corrosion of Conformity would imply something far more aggressive – and, well, metal. No, they’re not metal. Not even close. They’re a sort of blend of sugar-sweet pop sensibilities from the seventies and the cock-rock arrogance of the 80s. At their lighter end, they remind me of the likes of T Rex and Siouxsie and the Banshees and Blondie. There’s a joyous funk, a hopping and popping joyful exuberance about the whole thing…

And then it reaches out and bites you with a heavy-as-hell rhythm section and drills into your skull with a screaming vocal line to make your blood boil and all of a sudden the label backing them makes perfect sense. It suddenly turns into a thundering, thumping bit of glam rock meets cock rock in a dark alley and knifes them both in the slide while smiling sweetly. They’ve been labelled as ‘pop cock rock’ and that makes perfect sense. It’s danceable bravado with a large helping of fun.

The dual vocal style works really well too – Ann Courtney’s higher registers bedding down Elizabeth Carena’s more raspy stylings to give a distinctive sound. In many ways, the way those two interplay really defines the album, with the rest of the band relegated to a supporting role. In that role, however, they excel – everything from disco funk to cock rock to floaty, ethereal pop, and from clash-style syncopation and hawaiian slide all way down to sabbath-esque riffage just comes through effortlessly. Heart firmly worn on the sleeve, but done so with affection and originality all the way through.

If it stopped at that, I’d still give the album a high score – but I have to point out that, lyrically-speaking, this album is brilliant. Running the gamut from Prince-level smut and innuendo out through self-help and even feminist superhero and self-determination, it’s ridiculously smart. It’s brilliant, it’s clever, and it’s a whole hell of a lot of fun. 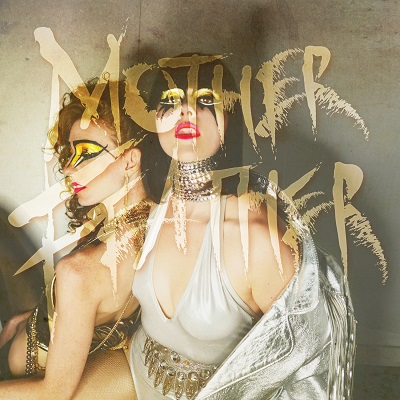