Hope is devoid of any, as Paul Castles discovers when sitting down with Mord ‘A’ Stigmata’s latest album, released by Pagan Records on February 17, 2017.

Although so far underground as to almost be in need of an archaeological dig to bring them to the surface, Mord ‘A’ Stigmata are revered by many in their native Poland where their following received an exponential injection of new blood when invited to support their countrymen Behemoth on the Polish leg of The Satanist tour in 2014.

Good bedfellows for sure. While Behemoth frontman Nergal knows more than is probably good for you about Lucifer, if anyone can debate the merits of the cloven hoofed Beelzebub then it’s fair to suggest Mord ‘A’ Stigmata can hold their own. They were formed in 2004 in Bochnia by a collective of musicians who shared an appetite for spiritualism, Satanism and pagan philosophy. So it was only to be expected that their last album, the acclaimed Ansia, was released on Poland’s formidable Pagan Records. Hope is Mord ‘A’ Stigmata’s fourth full length release, and the band’s second offering via Pagan.

It is a mercurial beauty although at its deepest moments it also paints an apocalyptic vision from which you would do well to shield your eyes. Mord ‘A’ Stigmata’s fascination with the damned and the desperate has transmitted itself through black metal compositions of genuine authority and originality since they laid down a marker of distinction with their debut album, Uberrealistic in 2008.

Sophomore full-length Antimatter followed in 2011 with Ansia their Pagan Records bow two years later. The union continues with Hope which opens with the title track, a soul searching 12-minute ethereal exploration that conjures up some sublime grooves in turn punctured by moments of blistering aggression.

There’s no getting away from the seismic sounds produced by these Polish purveyors of all that is indecent and ‘Hope’ is an all embracing soundscape in which the rhythms swings one way and then the other, but never dulls, and the undercurrent of sorcery and devilment make it an engrossing album opener, enriched by a succession of inspired hooks and angular riffs. The vocals are captivatingly sinister and deeper than a rabbit’s burrow although nowhere near as fluffy. ‘Hope’ shudders to a halt with a defined riff pattern that furrows under your cranium like a merciless mite, digging away, never tiring and refusing to be diverted from its path.

‘The Tomb from Fear and Doubt’ steadies fraught nerves with a gentle enough opening although gradually the strings are pulled tighter, in both senses, as the song starts to reveal its dark delights. A more measured piece than the opener, although also 12 minutes in duration, the tempo is much more even with fewer surprises thrown in. The song itself though is still impressive, eventually submerging you under a wall of trance-inducing grooves.

‘To Keep the Blood’ opens gracefully, a twinkling dissonant groove neatly orchestrated into a symphonic blanket warm enough for the coldest of nights. It takes a hold of you for the first two minutes of this eight-minute song before a hefty chug breaks through the veil and a deeper edge is created, rapier slams cutting through with the vocals barking out their messages of discontent. But while the tension grows, and the atmosphere plunges ever darker, complete cataleptic destruction is avoided, in part by the presence of a persistent and defiant riff which just refuses to bow down to the anticipated onslaught building all around it.

Mord ‘A’ Stigmata have been creating this kind of spiritually challenging composition for a decade and when they get it right, such as on tracks like ‘To Keep the Blood’ the result is truly a thing of splendour. Final number ‘In Less Than No Time’ is another slow burner, a sustained gothic tinged twinkling intro finally getting swallowed up by the onset of the barrel-chested vocals and heavier thudding beat.

Hope is not an album to wrestle with if you’re in a hurry. The Poles do things at their own pace, which on this release is pretty slow. The album’s title is I guess ironic as Mord ‘A’ Stigmata’s shimmering melancholic tracks weep with misery. In fact all Hope is lost. 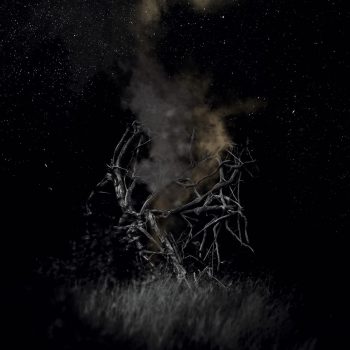