In progressive metal, when you throw years of hard work, a lot of talent and an exceptional amount of care into the proverbial mixing bowl, the end product will almost certainly be something worth cooking up a storm over. The Amanuensis by Monuments is exactly this and slightly more. Let’s face it; the genre of metal is saturated. So from time to time we come across a band that somewhere down the line has been told to ‘be different’, to ‘stand out from the crowd’, resulting in a loss of persona and disconnection with their music. Monuments however have been wise enough to discover that good song writing is all they need to take them where they want to be, which judging by the quality of this record is a room somewhere with a large capacity.

The record itself could actually be summed up by first track ‘The Creator’. Powerful riffs provided by John Browne and Olly Steele matched by a seething set of vocals from Chris Barretto. For want of a better phrase, it sounds massive. This is a fashion that is continued throughout The Amanuensis. You’ve probably already heard second track ‘Origin of Escape’ but it’s still worth mentioning that for a band with so much power and ability, balancing it out to make a cohesive sound is particularly challenging. Origin of Escape is 4 minutes of incredibly balanced brutality. On to track 4; ‘Horcrux’ and this is where things really get interesting. By now we’re already expecting pacey riffs, drums and vocals. But it feels here that Chris Barretto has really been given the room to shine. The band has been able to achieve a true sound of metal whilst at the same time being able to create the opportunity for an atmospheric sing-along. A sound which so many strive for. It’s a personal highlight of the album.

‘The Alchemist’ is where things get really heavy. Riffs, those glorious riffs. The song is as clear a sign as any that Monuments didn’t sit down and try and write the record as fast as possible to keep their already large fan-base interested. The quality of Mike Malyan’s drumming is backed up but never over-shadowed by Adam Swan and co’s expertise on guitar. Come the back-end of the record, the impression might be that surely Monuments would be out of mind blowing songs by now. However, ‘Jinn’ and ‘The Destroyer’ come along to palm these doubts away. Both mix together to form a symbolic, ambient and altogether fierce sound that is then perfectly complimented by the quiet, beautiful undertones of finishing track ‘Samsara’.

To follow up Gnosis, which was Monuments successful 2012 effort was always going to be difficult. The Amanuensis shows that maybe Monuments are at their best when the pressure is on. If the world of metal weren’t standing up and taking notice of this band before, they sure as hell will be now. 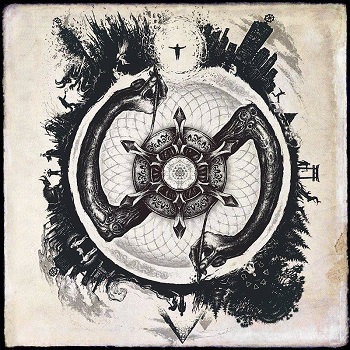