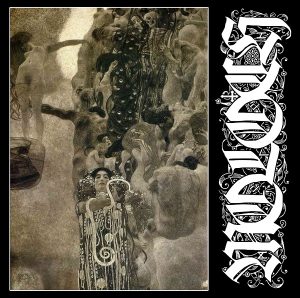 At it since 2002, Ukraine’s Moloch are, to say the least, prolific. Last time I heard them was in 2014 with their eleventh full length Verwüstung (reviewed here). Since then there have been three EPs and seven Split releases, this current release being number eight. Dark and bearing a distinctly menacing tranquillity, the two tracks here are cold and atmospheric pieces. The synth-based soundscapes are as inviting as they are captivating, the vocals that hang in the pulsating and ceremonial air of ‘Unendlichkeit’ (‘Infinity’) bring a simultaneously melancholic and tortured depth to this enchanting track. Both tracks are imposing, haunting and fascinating but at just under the 2- and 3-minute mark, they are too short.

The opening to Gurthang’s track ‘Of Decay and Solitude’ brings to mind Anathema circa 1995’s Silent Enigma, its doom-heavy atmosphere an ominous presence suspended over the groundswell of what slowly develops into a fiery and overwhelmingly powerful track that breathes the blackest of contaminants into its ceremonial and ritualistic sacrificial density. But like Moloch’s two tracks, at just under 4-minutes, we are left wanting more. Much more. 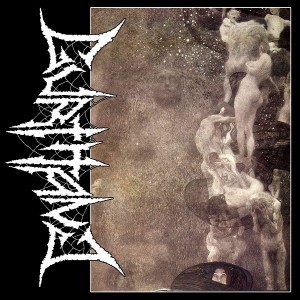