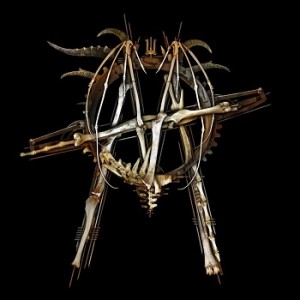 Shat into the world in 1981, Ministry’s 1983 debut, With Sympathy, was a far cry from what the band are known and revered for. Allegedly pressured into making a synthpop album – with Jourgensen affecting an English accent! Ye Gods! – by management, Jourgensen’s ire began to blossom with their next release, 1986’s Twitch, a tangibly darker edge appearing across the album. But it would be with 1988’s The Land of Rape and Honey that Ministry’s industrial sound as well as their unforgiving diatribes against authority would begin to take root. On a roll, 1989’s The Mind Is a Terrible Thing to Taste saw the guitars playing a more vital role in Ministry’s more-overtly political salvos.

With 1992’s Psalm 69 – the album seeing the first of many contributions from Mike Scaccia – Ministry would enter the mainstream. Suffice it to say that that sojourn was a brief one and over the following years, Ministry’s output would become darker, heavier, and increasingly scathing of politics, each album cementing the band’s position as innovators in industrial metal. 2008 saw Ministry call it quits. That was it. Ministry were to be no more. That was until Jourgensen needed just one more fix in 2011 and Relapse emerged. Firing on all cylinders for that album, sadly it appears that it’s to be the untimely passing of Scaccia that will finish Ministry off. And here we have are what are to be the last we hear and see from Ministry (until next time, of course)…

Ministry – From Beer To Eternity

The product of three months’ work in honour of Ministry mainstay Al Jourgensen’s long-time collaborator and friend, From Beer To Eternity sees Ministry shake off this mortal coil in their customary ruthlessly acerbic industrial style. Everything that made Ministry great is here. Demonic electronica, pertinent samples, robotic rhythms, cool-as-fuck-and-sharp-as-hell riffs, and Jourgenon’s maniacal diatribes are combined to create that trademark dark and dangerous industrial metal that, when at their best, set Ministry above and apart from the rest. As if a final expulsion of everything that’s pissed Jourgensen off since day one, the aggressive dementia that underpins the album is palpable. But it’s not Ministry at their best. ‘Hail To His Majesty (Peasants)’ sets the album off to a slow start that the vitriolic ‘Punch In The Face’ goes some way to make up for. With ‘Perma War’, the album starts moving on the right direction, and ‘Perfect Storm’ and ‘Fairly Unbalanced’ urge us further on into the dense and bleak atmospherics that fortify the rest of the album’s best tracks. Midway through and the hyper blasts of sonic deviance ‘The Horror’ and ‘Side F/X Include Mikey’s Middle Finger (TV 4)’ appear, their ostensibly arbitrary structures doing little else than providing a confusing distraction. Whatever the album was meant to be has all-but disappeared and the remaining tracks reveal the album to be more a scrapbook  of Ministry-through-the-ages than a coherent work.

As Jourgensen’s last goodbye to Ministry, this makes not for a great listen but an interesting one. Enjoyable as it is, it doesn’t quite live up to the band’s legacy. As a tribute to Scaccia, the riffs are up to his usual high standard but it’s more the disjointed feel of the album that demonstrates how much he contributed to Ministry. 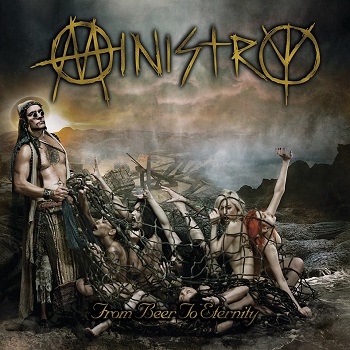 This DVD is a much more fitting tribute to both Scaccia and Ministry. With material that spans the whole of Ministry’s career, you could happily call it a “best of”. With set lists that feature the most acerbic and scathing of the band’s career, the two performances included here – the band’s performance from the 2006 Wacken festival is included as a bonus in the Deluxe Digipack – are both stellar. On both counts, Ministry are at their vehement best and both line-ups are tighter than the proverbial. Visually, it’s how festival gigs are usually filmed with close-ups of the band and its individual members are juxtaposed with views from various positions amongst, atop, and behind the crowd. It’s also well-edited, the pace managing to convey the full impact of both shows. If you’re a fan of Ministry, then this is just the fix you need. If you’re new to Ministry, then this is a better-than-good place to begin your journey to the dark side of the spoon. 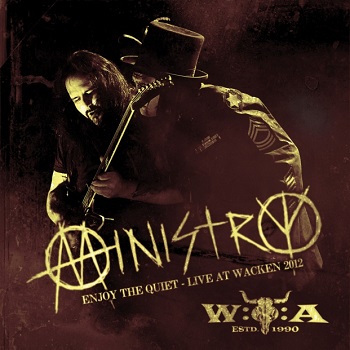