Four albums: one live recording, two studio albums, and one a compilation of remixes comprise the set Bad Blood: The Mayan Albums (2002-2005). 2002’s Spinctour, a collection of live recordings from 1996’s world tour in support of Filth Pig, is outstanding. With its emphasis on Filth Pig and 1992’s Psalm 69, the performances are, as expected, remarkable. As is the production. Ministry mastered the art of balancing the cold precision of industrial production with the beating heart of revolution, and here, that bea(s)t looms large. This is one to blast out on a long drive to nowhere.

Considered by Jourgensen as a ‘non-album’, 2003’s palindromic Animositisomina emerged during a low period for Ministry. Facing his heroin addiction head on, Jourgensen was going cold turkey and suffering from withdrawal, the bulk of the work for the album falling to long-time collaborator Paul Barker, who would leave the band soon after. Though disengaged and sounding somewhat thinner than Ministry’s previous releases, this album has more than its fair share of great songs. Opening tracks ‘Animosity’ and ‘Unsung’ are fast, heavy, weighted with all the industrial heft the band have long been known for, but, from ‘Piss’ onwards, Animositisomina feels more like a Barker album. However, that’s not to denigrate Barker’s work. ‘Lockbox’, ‘Broken’, and especially ‘Impossible’ are outstanding tracks. But the absence of Jourgensen is very much felt. That Jourgensen couldn’t be bothered to write lyrics for closing track ‘Leper’ speaks volumes about his own apathy towards the material. Thus, Animositisomina is an album that, on the one hand, makes one wonder what it could’ve been had the duo been firing on all cylinders, while on the other, foregrounds how much Barker contributed to Ministry and what was lost upon his departure.

Jourgensen’s sobriety (of sorts), the departure of Barker (which Jourgensen celebrates with the words ‘Paul is no longer with us’ repeatedly played backwards in the song ‘Walrus’), and a(nother) fool in the Whitehouse, had a significant impact on Ministry. Though it may be the weakest of the band’s Bush trilogy – 2006’s Rio Grande Blood and 2007’s The Last Sucker being the other two – 2004’s Houses Of The Molé is much more focussed than its predecessor. Shifting to a more thrash-oriented style, this album is charged and charging. Jourgensen had something to say, but not just about the POTUS. This album was Ministry reborn, with Jourgensen – and Jourgensen alone – at the helm. There are few moments on this album that are below par and there are certainly no bad tracks. Houses Of The Molé put Ministry back on track and remains an album as stirring to listen to at full blast 17 years later.

Remix albums are usually dismissed as unnecessary. And you could dismiss 2005’s Rantology if you so wished. But remix albums, at least for industrial and electronic bands, have the same value as live albums. For rock bands, live albums capture the energy of the show, the bond between band and crowd, and, perhaps most importantly, that the band can deliver where it matters: on stage. Here, Sphinctour achieves that end. Remix albums provide something that allows both band and audience to re-experience what they are familiar with. Maybe best to think of them as an accelerated ‘Greatest Hits’. Studio-recorded material is commonly held as sacred, as fixed, stone-like, as the reference point and the template for all future performances. Ministry like taking things to pieces. Destroying them. Remaking them. And Rantology gives the audience something new. Another one for that long journey to nowhere.

Four albums: one live recording, two studio albums, and a compilation of remixes. Liner notes by Malcolm Dome (RIP) with commentary from band members detailing the rocky road that the band were navigating in the early twenty-first century. Four albums well worth spending your time with. 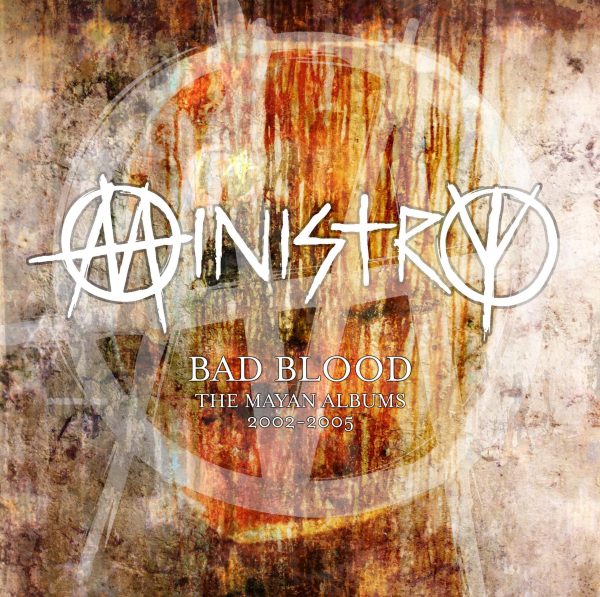