Still largely known for his eighties’ rock band, White Lion, Mike Tramp has recorded eight solo albums, all of them displaying articulate songcraft, all of them delineating Tramp’s philosophy of life, but perhaps none of them quite as personal or as revealing as Museum. The seeds of his new recording’s rootsy sound were sown with his stripped down last album, Cobblestone Street, and have now blossomed into something strong and bright, and often tender, with no need of the cacophonic camouflage of hard and heavy rock.

Once again, the primary subject matter is his own experience, like on the powerful opener, ‘Trust In Yourself’. While every other rock band was chasing skirts or chasing the dragon, Tramp took the road less travelled, and is clearly proud of the decisions he took, and the life he led. Or on ‘Mother’, where Tramp’s eulogy unfolds like a story told at close quarters, intimate, wrapping up a promise from a boy to a mother in warmth and dignity.

But these are the evocative, touching vignettes of the type we have gradually grown to expect (and to love) from Tramp. What of the music? Ever the artist, Tramp employs his acoustic guitar as the music’s base colour. Its monochrome shadings are ideal for painting suitably stark reflections on life and living. And as he sifts through the fragments, standing like a prophet on the precipice, calling out the word, he skilfully and subtly colours the music with pianos, keyboards, strings and atmospheric backing vocals.

You’ll hear all manner of “three chords and the truth” practitioners influencing Museum, Jackson Browne on the allegorical ‘Freedom’ , The Eagles on the dark, desert highway of ‘Commitment’, and, er…Third Matinee. ‘A New World Coming’, and ‘And You Were Gone’ – even the titles are ominous – contain echoes of Patrick Leonard’s and Richard Page’s legendary band. There’s something involving about the languid pace of the whole thing, the sighing backing vocals, the emotional undertow. Hypnotic songs that pull you under, immersing you in the lyrics’ swirling question, offering answers that tantalisingly seem just out of reach. Museum was produced and recorded as a collaboration with long-time colleague, Soren Andersen. No others were involved. A low key album with a lion’s heart. 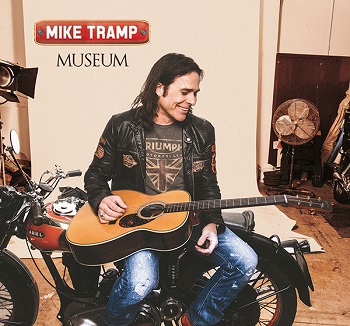