…but it looks like the real thing, even when held up to the light.

One carry over from Bormann’s days fronting Bon Jovi wannabes, Jaded Heart (in its first iteration) is his inclination toward the theatrical delivery. We noted on his last release, the compilation album, Ballads, that “when he reins in the histrionics… he is an impressive, attractive vocalist.” Unbelievably, he has ignored that advice. If anything, on opener ‘I’m Not Your Entertainment’ he stretches the histrionics to breaking point. Wielding a cliched lyric like a sledgehammer, he pounds home the song’s rather obvious sentiments like 6 inch nails into a chunk of 2 by 4.

Too many of the tracks we meet – with some exceptions – bring a small death of disappointment, as we encounter anodyne, join-the-dots bar room stomps (‘Let’s Make History’), unconvincing, banjo plucking southern rock (‘Can’t Get A Touch Too Much’) and ballads of such pedestrian pace and hollow content that just when you think nothing’s about to happen, it doesn’t (‘Closer’, ‘Warrior’).

Exceptions: ‘Never Say Die’ is much as its title suggests…a chest beating paean to the triumph of the human spirit over adversity. It’s cliched, it’s cheesy, its declamatory style owes a little to Queen’s ‘We Will Rock You’, but it’s a lot of fun, and has all the hallmarks of a rousing sports’ anthem. ‘Living It Up’ is arguably the best song that Torsten (Stage Dolls) Flakne or Uli (Fair Warning) Ritgen never wrote, and Bormann does it proud, setting free a serpentine melody that snakes back and forth around a punchy lyric, delivered with admirable (and surprising) reserve. The lilting ‘For This One Time’, is a very impressive full blown tilt at the cowboy country rock of latter day Bon Jovi. Bormann gets the pleading, heartstring tugging tone just right, as the song’s protagonist depicts himself as a hopeless, done-wrong romantic whose passion still burns bright. Highly derivative perhaps, but it looks like the real thing, even when held up to the light.

Elsewhere, ‘We Are The World’s plea for peace, love and understanding is as shallow and vacuous as the Michael Jackson’s song of the same title. And if we are generous, ‘I Wanna Be A Rockstar’ in which the lyrics attempt to, er… humanise rockstars, is largely redeemed by the track’s hefty dance floor thump and weeping, wailing guitars. But it’s too little, too late. 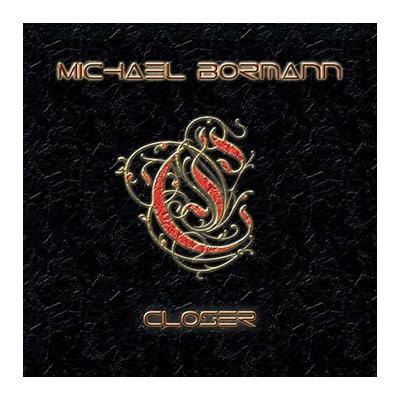