Any adult remotely interested in popular music will have heard of Michael Bolton. His songs have been compiled to within an inch of their lives and have become the language of lurrve on late nite radio, as much as the songs of Percy Sledge or Barry White.

But it wasn’t always that way.

The Crimson label’s Gold series, which recently brought us BCR and Ace Of Base compilations has now successfully raided the pivotal albums in Bolton’s back catalogue, and for casual fans, the key moments of Bolton’s career are on the first of 3 CDs in this package. This is where we see and hear Bolton’s transition from hard rock frontman to smooth purveyor of blue eyed soul, a wise career choice, one that transformed decent reviews into multi million selling albums.

Of the CD’s 15 tracks, 5 are from 1989’s Soul Provider, the breakout album, and 6 are taken from its predecessor, The Hunger (1987), during which we almost literally witness Bolton’s rock to soul conversion, up close and personal.

1991’s Time, Love & Tenderness cemented his position as the world’s pre-eminent pop blues soul performer. Clearly there was some corporate influence now on the choice of material, with outside writers like Diane Warren and Desmond Child being teamed up with Bolton, but when it produces material as commercially appealing as ‘Love Is A Wonderful Thing’ and ‘We’re Not Making Love Anymore’, it’s worth it.

Well chosen – if safety first – cover versions gradually edged out Bolton’s original material by the time we get to CD3, mostly taken from Timeless, The Classics, Vol 1&2. The Bee Gees’ ‘To Love Somebody’, Bill Withers’ ‘Ain’t No Sunshine’ and Sam&Dave’s ‘Hold On I’m Coming’ are the picks. Arguably, it’s hard for any decent singer to screw these up, but the “no expense spared” attitude – the sweetened strings, the swells of horns and resounding grand pianos – provides the richness of sound that Bolton’s mature, full bodied vocals deserve. 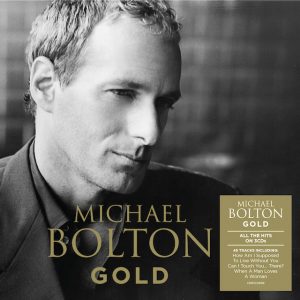