Should be a staple in any metal record collection…

Metal Allegiance. The name alone conjures up a feeling of brotherhood, a coming together for the power of heavy metal. The question is, is this album as big as it sounds? Does it deliver where other metal albums fail to hit the mark? With brutal grooves and riffs, ‘Gift of Pain’, with its kick ass double guitar solo a great performance by Lamb of Gods’ Randy Blythe, showcases all the musicians talents. Paying homage to early Megadeth and Metallica on the guitar riffs, this track demonstrates just where the album is heading.

This is not the average metal album and track 5 is where I find my ears perking up to ‘Scars’, a wonderful duet between Mark Osegueda and Cristina Scabbia providing a soaring chorus and bridge, the melody venturing us down its story path. A beautiful guitar solo provides a highlight to this track with fantastic use of harmonizing. ‘Destination Nowhere’ doesn’t hang around. The drums provide the wonderful groove holding out until that main riff gets you ready to punch your fists in the air and should go down as a classic.

‘Triangulum’ is a fantastic track on the album. A song that is split into three: ‘Creation’, ‘Evolution’ and ‘Destruction’, this is one of the purest songs on the album, diverse, exciting and full of energy. A pleasant surprise is the fantastic contribution of guitarist Ron ‘Bumblefoot’ Thal who has a distinct style that stands out yet fits so perfectly on this song. It’s a pleasure to hear how his contribution is blended in on this all star track. I reached out to Ron ‘Bumblefoot’ Thal and asked how he became involved in the album. He explained that he and Mike Portnoy have done a handful of NAMM jams and have known each other for a while. Mike told Ron about the song ‘Triangulum’ and Ron said that he is proud to be on the album.

At first I wasn’t sure this could work, but then I heard how a community of musicians – or a brotherhood if you will – came together and created an album that should be seen as a staple in any metal record collection. Showcasing talents that may not normally be heard of in their day-to-day bands, it’s a fascinating album for me not just as a reviewer but as a musician too. Made up of some of metal’s great names including David Ellefson (Megadeth), Mike Portnoy (Dream Theatre), Alex Skonick (Testament) and featuring contributions from an all star cast of metals finest, Lamb of God, Phil Anselmo, Ron ‘Bumblefoot Thal’, Geezer Butler, Anthrax and Lacuna Coil, to name but a few, it’s not an album to be discarded on first listen. It has diversity and when you think it’s going to maintain being heavy we get to really see how talented the songwriting is. Excellent musicianship and great songs that provoke and challenge, a great listen. 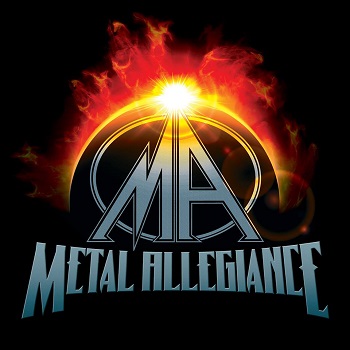